Boris Johnson will review the coronavirus lockdown in England with his cabinet later, after suggesting some rules could be eased from Monday. 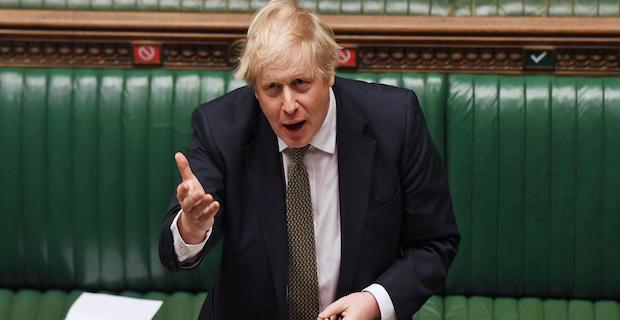 By law the government must review the restrictions every three weeks, and Thursday marks the latest deadline. The prime minister will address the nation on Sunday to outline plans for the next stage of the lockdown. The "stay at home" message is expected to be scrapped, with ministers keen to restart the economy. Options for easing the lockdown will be discussed with devolved authorities later, Northern Ireland Secretary Brandon Lewis said. Scotland, Wales and Northern Ireland have the power to diverge from what the government at Westminster decides on the lockdown - and could lift restrictions at a different rate.

SNP Westminster leader Ian Blackford has urged the prime minister to work with devolved administrations over any easing of the restrictions, telling BBC Good Morning Scotland neither he nor Scotland's first minister knew what Mr Johnson was going to announce.

Mr Johnson will chair a meeting of his top team later to discuss the lockdown restrictions, which were introduced more than six weeks ago on 23 March. However, major announcements on any changes are not expected until the prime minister makes his statement at the weekend. While the lockdown is largely expected to stay in place, Mr Johnson has suggested some measures could start being eased on Monday. But Mr Johnson also said the government had to be sure any changes to the restrictions were backed by data, and "that data is coming in continuously over the next few days".  No 10 said that "it is not going to be a case of flicking a switch" to lift all measures at once, and instead "people will have to prepare for a different type of normal".

Scotland's First Minister, Nicola Sturgeon, has already indicated she is unlikely to announce immediate or significant changes. She has unveiled a paper on the options being considered - including relaxing rules on daily exercise or allowing people to meet with a small social "bubble". On Wednesday, Wales' Finance Minister Rebecca Evans said the Welsh government was "keen to move as closely as we can with England at the moment" but ministers have previously suggested restrictions could be eased at different times to the rest of the UK.  The Northern Ireland Executive will continue discussions on Thursday on how and when to relax any lockdown restrictions and First Minister Arlene Foster previously suggested Northern Ireland's restrictions could be lifted at a different pace to the rest of the UK.

Lockdown will 'largely stay in place'

BBC political editor Laura Kuenssberg said the government's "stay at home" message - which it has pushed since the lockdown began on 23 March - is "on the way out". Public Health England said it was "reviewing all communications materials in anticipation of moving to the next phase of the government campaign". But despite some tweaks from Monday, our political editor says the lockdown will "largely stay in place".  BBC political correspondent Iain Watson said there could be a relaxation of exercise rules, with people allowed to go outside more. There could also be more encouragement for people to return to work if they are able to, our correspondent added.

Keywords:
Boris JohnsonLockdown
Your comment has been forwarded to the administrator for approval.×
Warning! Will constitute a criminal offense, illegal, threatening, offensive, insulting and swearing, derogatory, defamatory, vulgar, pornographic, indecent, personality rights, damaging or similar nature in the nature of all kinds of financial content, legal, criminal and administrative responsibility for the content of the sender member / members are belong.
Related News