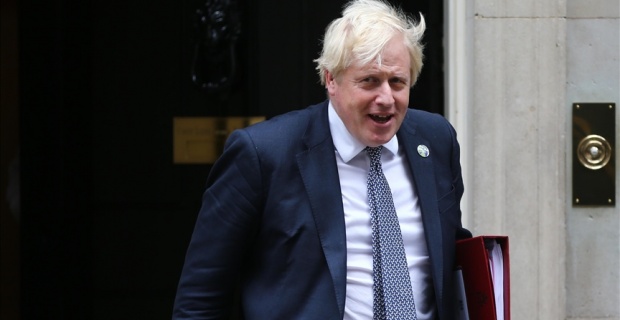 Hoping for a steady hand at the helm, a group of top British businesspeople on Monday instead got the premier invoking Peppa Pig.

Not even his supporters could muster a defense of Minister Boris Johnson’s blundering speech to a flabbergasted audience of business leaders.

The Confederation of British Businesses (CBI) had sought clarity and leadership from the premier amid major uncertainties brought about by Brexit and the coronavirus pandemic. Johnson, however, delivered a farcical performance, with an incoherent speech that was described as “shambolic” by sources within his administration.

Speaking on the power of UK creativity, Johnson went off on a tangent, referencing the popular children’s cartoon character Peppa Pig and speaking of a visit to an associated theme park, arguing that it is a must for all to visit and a vision for the UK to follow.

"It has very safe streets, discipline in schools, a heavy emphasis on mass transit systems I noticed, even if they are a bit stereotypical about Daddy Pig. The real lesson for me going to Peppa Pig World was about the power of UK creativity,” he told his bewildered audience.

Johnson’s bizarre performance did not stop there, however, as he began talking, or rather expressing his opinions, on the benefits of using electric cars on British streets, employing a variety of vocal sounds and noises to denote the car engine.

"Electric vehicles may not burble like sucking doves. And they may not have that 'vrrrom vrrrom raaah raaah' that you like. But they have so much torque that they move off the lights faster than a Ferrari,” he said in a speech reminiscent of former US President Donald Trump’s similar fascination with fire trucks and planes.

Down from the mountain, into Red Square

Johnson’s act dove deeper into the depths of strangeness when he compared himself to Moses -- the revered prophet of three religions -- as he "came down from [Mount] Sinai and [told] my officials [about] the new 10 commandments," a reference to a 10-point plan to support businesses’ turn to a greener model.

Stranger yet was Johnson’s quoting of Vladimir Lenin, the stern Marxist-Communist leader of the Soviet Union, which further astounded business leaders as well as his Conservative, pro-business and right-leaning party.

The premier’s clownish speech seemingly came to a close during an awkward 21-second silence that could be felt among the audience of the country’s most prominent business leaders.

Fumbling with his papers and apparently at a loss of what to say next, Johnson mumbled “forgive me” occasionally before getting back on track.

The prime minister’s peculiar performance left the audience confounded and confused over Johnson’s policies on repairing the economy, support for businesses and the country’s future growth.

Officials within the administration, as well as in the wider opposition, criticized him for failing to show leadership and clarity to one of the most important sectors of UK society.

"Business was really looking for leadership today and it was shambolic," an unnamed official at Downing Street said in a statement quoted by the BBC.

"Cabinet needs to wake up and demand serious changes otherwise it'll keep getting worse. If they don't insist, he just won't do anything about it.” the statement said, adding that there was a lot of concern “inside the building” about Johnson.

Liberal Democrat leader Ed Davey accused Johnson of failing to provide clarity to businesses who were eager for it.

"Businesses are crying out for clarity. Instead, all they got was Boris Johnson rambling on about Peppa Pig,” Davey was quoted by the BBC. ​​​​​​

"It is a perfect metaphor for Johnson's chaotic, incompetent government as it trashes our economy, but it is not worthy of a British prime minister,” he added.

Keywords:
Boris JohnsonBritish Business Leaders
Your comment has been forwarded to the administrator for approval.×
Warning! Will constitute a criminal offense, illegal, threatening, offensive, insulting and swearing, derogatory, defamatory, vulgar, pornographic, indecent, personality rights, damaging or similar nature in the nature of all kinds of financial content, legal, criminal and administrative responsibility for the content of the sender member / members are belong.
Related News