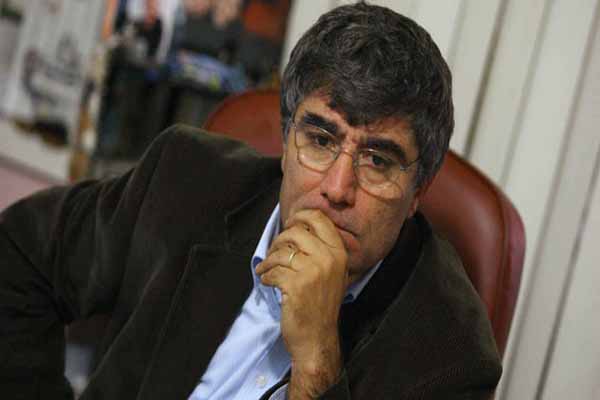 ISTANBUL (AVRUPA TIMES)-Five out of eight gendarmes detained on Wednesday over the 2007 assassination of Armenian journalist Hrant Dink were remanded in custody, a judicial source said.

They have been charged with being members of a terrorist organization and "complicity in premeditated murder".

Three other gendarmes were released under judicial restrictions, the source said on condition of anonymity due to restrictions on speaking to the media.

Hrant Dink was killed in broad daylight in front of his office in Istanbul on Jan. 19, 2007. He was one of the founders of the bilingual Turkish-Armenian weekly, Agos, and was considered one of the most prominent Armenian voices in Turkey.

His death sparked widespread protests and led to speculation about the involvement of far-right groups and claims of a cover-up.

On April 20, 2007, Istanbul public prosecutors prepared an indictment of more than 18 suspects, including an individual named Ogun Samast, who was later convicted of the killing.

Samast, from Trabzon on Turkey’s Black Sea coast, was jailed for 23 years in 2011. He was aged 17 at the time of the killing and claimed he had killed Dink for "insulting Turkishness".

The Constitutional Court ruled in July 2014 that the case was marred by an "ineffective investigation".

Last year, another case was launched regarding alleged police negligence in the investigation. Former senior officers have been arrested and in December an indictment against 26 suspects on charges of "establishing an armed organization" and "neglecting their duties" was issued.