Two rockets fired from Syria hit residential areas in Turkey’s southeastern border province of Kilis on Friday, the latest in a series of similar incidents since Januar 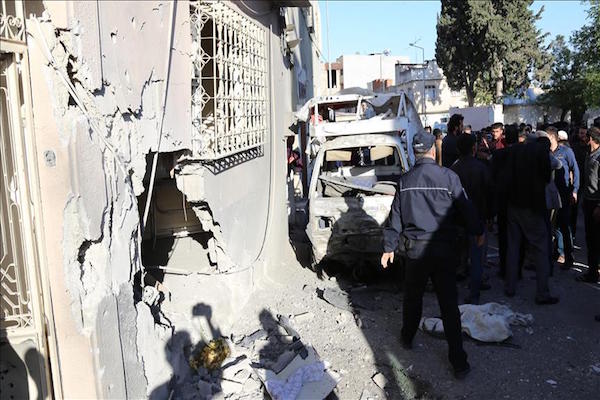 KILIS (AVRUPA TIMES)-Two rockets fired from Syria hit residential areas in Turkey’s southeastern border province of Kilis on Friday, the latest in a series of similar incidents since January. According to an Anadolu Agency correspondent reporting from the scene, one of the rockets hit the roof of a house and the other fell into a garden in the Yenibesevler neighborhood, both fired from Syria, where a civil war has been raging for over five years.

No casualties were reported from the attack, but buildings were damaged, and police units took extra security measures in the region.

Turkish towns and provinces have been repeatedly struck by fire from across the frontier since mid-January.

In Kilis province alone, the local governor has confirmed that a total of 20 people have been killed and almost 70 others wounded by rockets which have fallen inside Turkish territory.

Deputy Prime Minister Numan Kurtulmus -- speaking on May 2 after a cabinet meeting chaired by President Recep Tayyip Erdogan -- said that in last three months, 55 rockets had been fired by Daesh into Kilis.

The Turkish military has shelled Daesh positions in retaliation. On May 2, Turkish forces struck Daesh gun emplacements and ammunition dumps in the Suran, Arshak, Ikdakh and Ihtimalat regions on the Syrian side of the border, initially killing 50 terrorists. This figure later rose to 64.