The British Medical Association (BMA) said on Tuesday that the UK government’s decision to lift almost all coronavirus restrictions in England on July 19 is “irresponsible”. 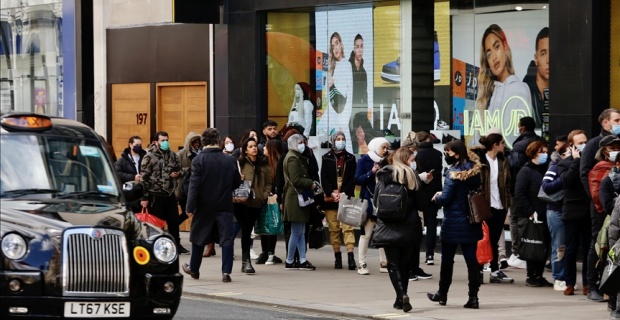 In Scotland, face masks will still be mandatory, as opposed to England where they will become only recommended. The British Medical Association (BMA) said on Tuesday that the UK government’s decision to lift almost all coronavirus restrictions in England on July 19 is “irresponsible”.

BMA council chair Chaand Nagpaul said: “It’s irresponsible – and frankly perilous – that the government has decided to press ahead with plans to lift the remaining COVID-19 restrictions on 19 July.

“The BMA has repeatedly warned of the rapidly rising infection rate and the crippling impact that COVID-related hospitalisations continue to have on the NHS (National Health Service). Not only pushing staff to the brink of collapse but also driving up already lengthy waiting times for elective care.

“The prime minister repeatedly emphasised the importance of a slow and cautious approach. But in reality the government is throwing caution to the wind by scrapping all regulations in one fell swoop – with potentially devastating consequences.”

Stephen Barclay, a government minister and chief secretary to the Treasury, told Sky News that while there was no perfect time to reopen society, the government must do so in order to get the economy moving.

“It’s about getting that balance right, so people reaching their own judgements, being sensible, following the guidance,” Barclay continued.

“But we also need to get back to normal, businesses need to fire up, we need to get the economy going – those are important as well, because there are consequences to not doing that, both economically and in terms of people's health.”

Still, there were signs of government hesitation.

British Prime Minister Boris Johnson previously, repeatedly and emphatically said the roadmap out of lockdown was cautious but irreversible.

On Tuesday, however, Barclay told Sky News: "One never knows what will be in the winter.”

Meanwhile in Scotland, First Minister Nicola Sturgeon announced her country’s roadmap out of lockdown – with most restrictions also being eased on July 19, but face masks will still be mandatory, as opposed to England where they will become only recommended.

“So while Scotland will move to Level 0 from next Monday, we will do so with certain modifications to our indicative plans,” she told the Scottish Parliament.

“This is intended to ensure that our pace of easing restrictions is sensible in light of the challenge we continue to face from the Delta variant.”

She added: “Measures like the continued wearing of face coverings are important, not just to give added protection to the population as a whole, but also to give protection and assurance to those amongst us who are particularly vulnerable and previously had to shield.”

Keywords:
EnglandUK Government’s DecisionCoronavirus RestrictionRestrictions In EnglandThe British Medical AssociationEnglands Lockdown Lifting
Your comment has been forwarded to the administrator for approval.×
Warning! Will constitute a criminal offense, illegal, threatening, offensive, insulting and swearing, derogatory, defamatory, vulgar, pornographic, indecent, personality rights, damaging or similar nature in the nature of all kinds of financial content, legal, criminal and administrative responsibility for the content of the sender member / members are belong.
Related News