Health Secretary Matt Hancock says Oxford vaccine will be rolled out starting next week, on Jan. 4 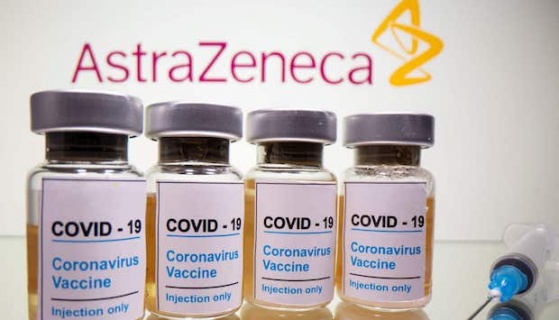 Britain’s drug regulator on Wednesday approved the Oxford-AstraZeneca COVID-19 vaccine for use in the UK, according to an official statement, making it the first nation to do so.
Starting today the National Health Service “will prioritise giving the first dose of the vaccine to those in the most high-risk groups,” said a statement from the Department of Health and Social Care.
“With two vaccines now approved, we will be able to vaccinate a greater number of people who are at highest risk, protecting them from the disease and reducing mortality and hospitalization,” it added.

The UK rolled out the Pfizer/BioNTech vaccine in early December and more than 600,000 people have so far gotten the jab, according to official figures.

The vaccine AZD1222 or ChAdOx1 nCoV-19 was developed at Oxford University with British-Swedish pharmaceutical company AstraZeneca. Clinical trials showed that it provides 90% protection against Covid-19.

The UK has pre-ordered 100 million doses of the vaccine, which can be stored at normal refrigeration temperatures and will be manufactured by AstraZeneca.

According to the statement, the Joint Committee on Vaccination and Immunisation (JCVI) “has advised the priority should be to give as many people in at-risk groups their first dose, rather than providing the required two doses in as short a time as possible.”

It added: “Everyone will still receive their second dose and this will be within 12 weeks of their first. The second dose completes the course and is important for longer term protection.”

Health Secretary Matt Hancock said the Oxford vaccine will be rolled out next week, starting Jan. 4.

"It's very good news for accelerating the vaccine rollout. It brings forward the day we can get our lives back to normal,” he said, speaking to SkyNews.

"The vaccine is our way out of the pandemic."

Hailing the “truly fantastic news,” Prime Minister Boris Johnson said the UK “will move to vaccinate as many people as quickly as possible.”

Britain on Tuesday reported 53,135 new COVID-19 cases over the past 24 hours, the highest single-day rise in infections since the start of the pandemic.

The overall death toll has reached 71,567 with 414 additional fatalities reported Tuesday, keeping the country at the top of the chart with the highest death tolls in Europe.

Keywords:
COVID-19Oxford/AstraZenecaPfizer/BioNTech Vaccine
Your comment has been forwarded to the administrator for approval.×
Warning! Will constitute a criminal offense, illegal, threatening, offensive, insulting and swearing, derogatory, defamatory, vulgar, pornographic, indecent, personality rights, damaging or similar nature in the nature of all kinds of financial content, legal, criminal and administrative responsibility for the content of the sender member / members are belong.
Related News