The plan had been to give a week's notice that all restrictions would end on 21 June ? Or not

Monday was meant to be the moment when the government declared the pandemic was effectively over in England. The plan had been to give a week's notice that all restrictions would end on 21 June. 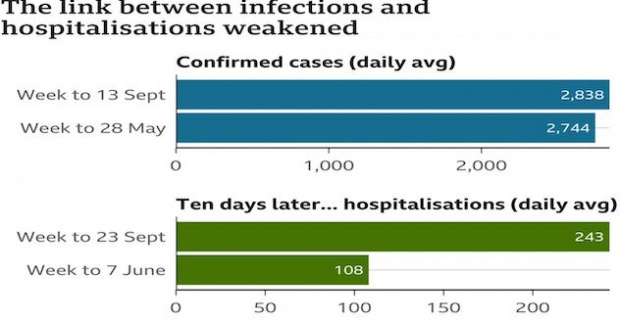 But the prospect of that happening is now looking increasingly unlikely following the rise of the Delta variant. Behind the scenes, government scientists have been warning ministers this week that caution is needed.Why do we appear to be stumbling at the final hurdle?A big surge in infections is comingIt was always expected that infection rates would rise at this point - allowing indoor mixing was the move that provides the most opportunity for the virus to spread.And with Office for National Statistics data showing eight in 10 adults are currently testing positive for antibodies - a result of both vaccination and previous infection - there are still plenty of susceptible people for it to infect.

But what has become clear in the past few days is that the trajectory we are on is steeper than many had hoped, because of the more infectious Delta variant, thought to be 40% to 80% more transmissible than the Alpha variant, first identified in Kent.

At the current rate of growth the UK will hit 15,000 cases a day by 21 June and January levels of infections by late July - and that's without the further relaxation of restrictions due, which could drive up cases even more."It's very clear where infection rates are heading now - and it's not where we wanted to be or thought we would be just a few weeks ago. That's why we're concerned," says one of the scientists on Sage, the group which advises ministers.

What is less clear, however, is what this means for hospital cases.It is often said that vaccination has broken the link between infections and hospitalisations - and if people are not getting seriously sick, then it does not matter if infection levels rise.But at this stage it appears to have weakened it rather than broken it. Admissions have already started rising, albeit not as fast as they did in September, the last time infections were rising at this rate.The rate of hospitalisations appears to be less than half of what it was then, although there are only a few days of data to draw on so scientists cannot be certain.This is one of the reasons why they are asking ministers for more time to monitor the data.

What is more, the data on its own does not tell the full story. There is evidence the people being admitted to hospital are younger and less seriously ill than in previous waves, and so need less treatment and spend less time in hospital. There seems to be very few doubled-jabbed patients despite those being the most at risk of serious illness - providing further confidence about just how well the vaccines work.That in turn will mean many many fewer deaths. In a couple of weeks, scientists believe they will be able to give ministers a better idea of what is going to happen than they can now, meaning there will be greater confidence about the impact of a full unlocking.

A delay helps with vaccination

But as well as time to analyse the data, a delay also has the benefit of helping to vaccinate more people.Evidence gathered by Public Health England shows that getting a second dose is crucial to stemming the spread of the Delta variant.After one shot, both the Pfizer and AstraZeneca vaccines appear to stop about a third of infections caused by the Delta variant, compared with about half for the Alpha variant.But for both the protection offered after a second dose remained high - showing that despite the variants every vaccination still brings us closer to ending the pandemic.Chart showing that the focus remains on second vaccine doses at the momentCurrently just over half of adults are fully vaccinated while another quarter have received one shot. Withhalf a million doses a day being given on average, those figures will be substantially higher in just a few weeks."There is a clear public health benefit to a delay as well as providing time to analyse the data," says Prof Neil Ferguson, one of the modellers analysing the figures for ministers. ( BBC NEWS)

Keywords:
Restrictions Would End On 21 June
Your comment has been forwarded to the administrator for approval.×
Warning! Will constitute a criminal offense, illegal, threatening, offensive, insulting and swearing, derogatory, defamatory, vulgar, pornographic, indecent, personality rights, damaging or similar nature in the nature of all kinds of financial content, legal, criminal and administrative responsibility for the content of the sender member / members are belong.
Related News 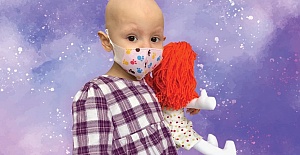