HEALTH officials are urging people to be alert as schools and hospital wards have been forced to close after an outbreak of norovirus. 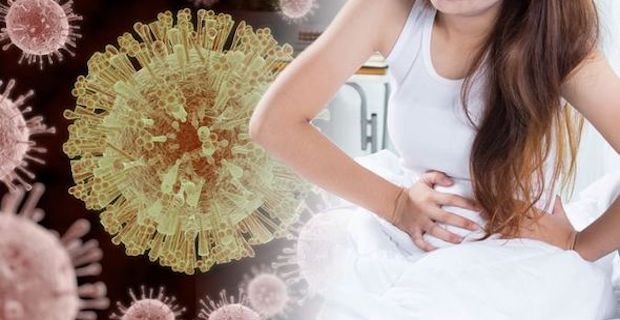 The highly-infectious winter bug, which causes sickness and diarrhoea, has struck down people across the country. Schools in Yorkshire and Northern Ireland have had to shut this week while Southampton General Hospital confirmed it has closed wards. Students from Howden School in Goole, East Yorks, were sent home on Monday and told to steer clear until Thursday after an outbreak of cases. Another secondary school in nearby Bradford, was also shutdown for a deep clean after more than 15 per cent of its pupils and staff were struck down. Parkside School's headteacher Andy Taylor told parents that due to a "serious outbreak" of norovirus, Public Health England advised them to close until Thursday to prevent the spread of infection.

In Northern Ireland, the outbreak has caused pupils to miss exams and one primary school has cancelled its Christmas pantomime. As many as 150 students called in sick at one secondary school alone last Thursday, it's reported. Around a quarter of the 360 pupils at Clandeboye Primary were off sick yesterday with the school closed today. Headteacher Julie Thomas told the BBC it was an "unprecedented outbreak" and they were trying as hard as they can to stem the infection. Killinchy Primary School, in Newtownards, County Down, was closed voluntarily on Friday for a deep clean after people fell ill.

Headmaster Christopher Currie told the Irish Mirror: "We have two types of illnesses running parallel, the flu-type illness and the vomiting norovirus. The two things side-by-side are wiping us out.

"For our P7s, this has landed right on their AQE exams. The poor children have been working for a year and a half, two years in preparation for this test but on Saturday morning it all kicked off and a number of children didn't sit their AQE.

"It's very frustrating that parents will send their children back to school despite the guidance we have given to please exclude for 48hours - we had kids in school who we know were sick last night and their parents sent them back this morning."

Keywords:
Norovirus
Your comment has been forwarded to the administrator for approval.×
Warning! Will constitute a criminal offense, illegal, threatening, offensive, insulting and swearing, derogatory, defamatory, vulgar, pornographic, indecent, personality rights, damaging or similar nature in the nature of all kinds of financial content, legal, criminal and administrative responsibility for the content of the sender member / members are belong.
Related News