812 people died in 24 hours, slight decline from past day 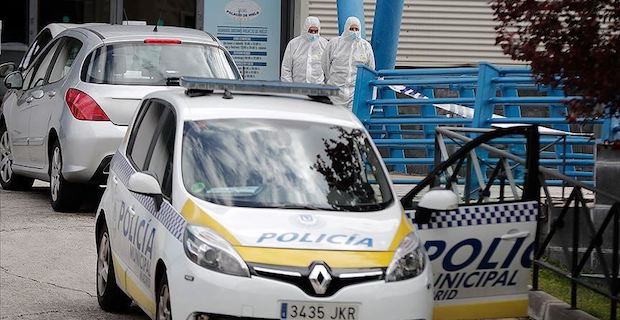 For the third day in a row, Spain registered over 800 daily deaths due to COVID-19, according to data released by the Spanish Health Ministry on Monday. Over the last 24 hours, 812 people have died, raising the death toll to 7,340. Together, Spain and Italy have registered around half of the world’s total COVID-19 deaths, which according to Johns Hopkins University, have crossed 34,000.

The data shows that around 8,000 new coronavirus cases were confirmed in Spain, bringing the total to 85,195. On Sunday, the country mourned the death of a 28-year-old doctor who died after contracting the virus. As of Friday, nearly 10,000 Spanish healthcare professionals had been confirmed to be infected. With the new deaths, Spain has tightened its lockdown, suspending non-essential activities such as construction. Funerals have also been banned until the state of emergency comes to an end.  Madrid, Spain’s worst-hit region, has been using a skating rink as a temporary morgue. Now, works are underway to turn a massive building called The City of Justice into another one.

Keywords:
CoronavirusCOVID-19
Your comment has been forwarded to the administrator for approval.×
Warning! Will constitute a criminal offense, illegal, threatening, offensive, insulting and swearing, derogatory, defamatory, vulgar, pornographic, indecent, personality rights, damaging or similar nature in the nature of all kinds of financial content, legal, criminal and administrative responsibility for the content of the sender member / members are belong.
Related News