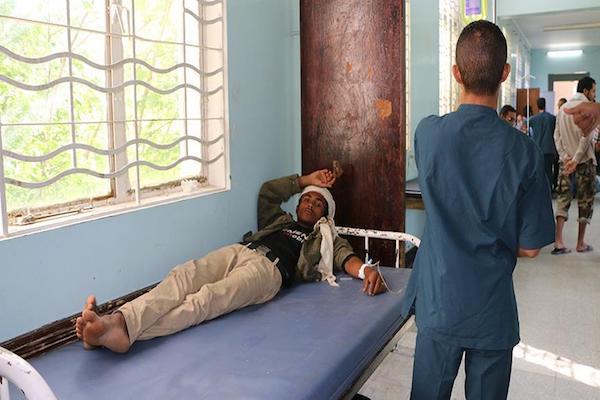 In a statement released late Thursday, the WHO announced that a plane carrying medical supplies, including those needed for the treatment of cholera, had just touched down at Sanaa airport. “Steering a large aid plane into a conflict zone isn’t easy,” Nevio Zagaria, the WHO’s representative for Yemen, is quoted as saying in the statement. “There must be agreement between all parties to the conflict to ensure the aircraft’s safety,” he added. According to the statement, the plane successfully delivered supplies sufficient to treat up to 10,000 patients. Cholera has killed more than 400 people in Yemen in recent weeks, prompting several international organizations -- including the WHO, UNICEF and the International Committee of the Red Cross -- to begin sending medical supplies to the crisis-hit country. In recent days, Gulf-based relief agencies, including the King Salman Relief Center and the United Arab Emirates Red Crescent, have also sent medical aid to Yemen.