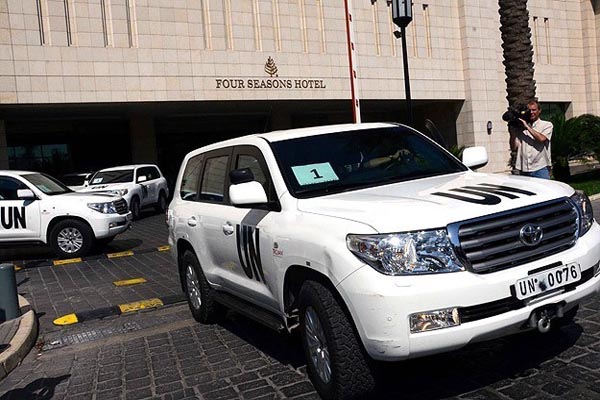 UN inspectors will arrive in Syrian capital Damascus on Wednesday to study last month's chemical attack, said Russian deputy minister of foreign affairs Sergey. Led by a Swedish professor, Ake Sellstrom, the group of inspectors will be in Damascus on September 25 to collect more evidence related to the deadly chemical weapon attack, which killed more than a thousand civilians including women and children. "We are pleased that our insistent calls for the return of UN inspectors to Syria worked out," Ryabkov said speaking at the Russian parliament Tuesday. Stating that there were some technical and logical problems with U.S. arguments on Syria , Ryabkov said, "We will continue to work on the matter by taking the evidences supplied by the Syrian regime into account." Ryabkov, meanwhile, met with British Ambassador to Russia Tim Barrow to discuss Syria crisis and Iran's nuclear program.  Russia previously accused UN inspectors studying last month's chemical attack in Syria of ignoring "very factual" evidence provided by the Damascus regime.