Turkish Patent Institute received seven applications to use "R4BIA sign" as their brand. 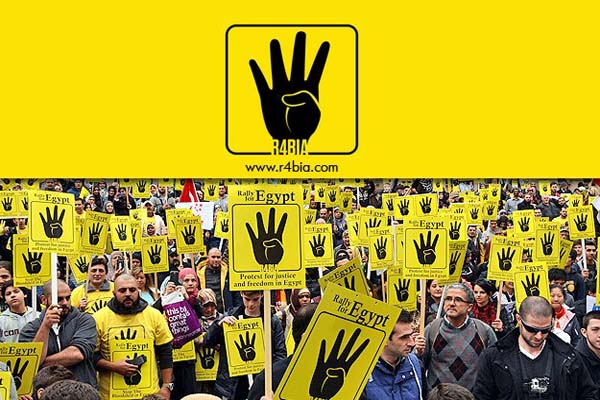 The "R4BIA sign" was born in Rabia al-Adawiya Square, now the focal point of the resistance against the military coup that occurred in Egypt on July 3, resulting in the military overthrow of elected President Mohamed Morsi.

The logo for the sign, featuring four black fingers on a yellow background, has achieved substantial fame in Turkey as Prime Minister Recep Tayyip Erdogan used it during a ceremony on August 17 to hail the people.