Turkish Airlines pilot refused to fly to Beirut in protest of his two fellow pilots recently being kidnapped in the city, and a new pilot had to be assigned. 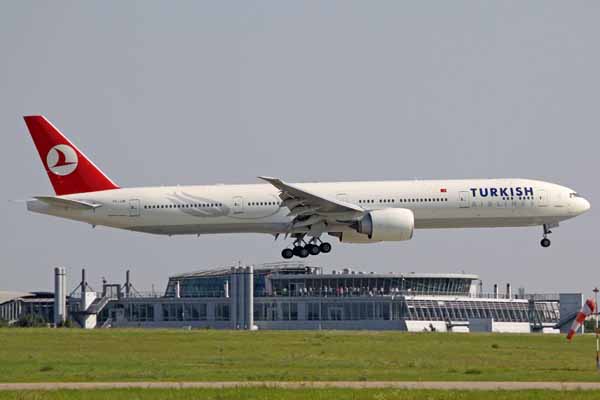 Turkish Airlines (THY) pilot-in-command B.G. exited from a Beirut-bound plane departing from the Istanbul Ataturk Airport at 1:00 a.m. after annoucning his protest of the kidnapping of two of his colleagues in Beirut on August 9. After his flight-related announcement to passengers, pilot B.G. expressed in Turkish and English that he was protesting the abduction of the two Turkish Airlines pilots in Beirut before leaving the plane. The flight took off after half an hour when a new pilot was sent to the plane carrying 151 passengers. Meanwhile, THY announced that it had launched an administrative investigation into B.G. Unidentified gunmen abducted on August 9 Turkish pilot Murat Akpinar and his assistant Murat Agca, both working for Turkish Airlines, in Lebanon's capital Beirut who were stopped on their way from airport to the hotel.

The group made an earlier statement that they would release the Turkish pilots in exchange of 9 Lebanese held as hostages in Syria.