Taksim Square which became the center of protests in Istanbul during the protests was cleaned by cleaning crews. 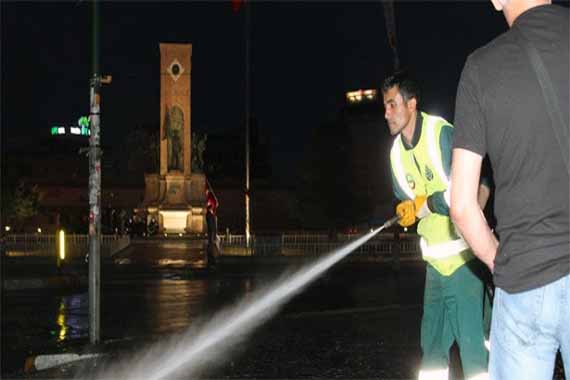 The Taksim Square which became the center of protests in Istanbul during the protests was cleaned by cleaning crews overnight. After police withdrew from the Square after the third day of protests, the area became a chaotic sight as live reports showed the vehicles of police, private citizens, businesses and city buses being torn apart and set on fire. Police forces entered the area on Tuesday morning in order to remove the placards of illegal groups from the Ataturk Monument and Ataturk Cultural Center. The destroyed vehicles and large debris were removed from the Square overnight with heavy machinery. Then the area was cleaned up and swept.