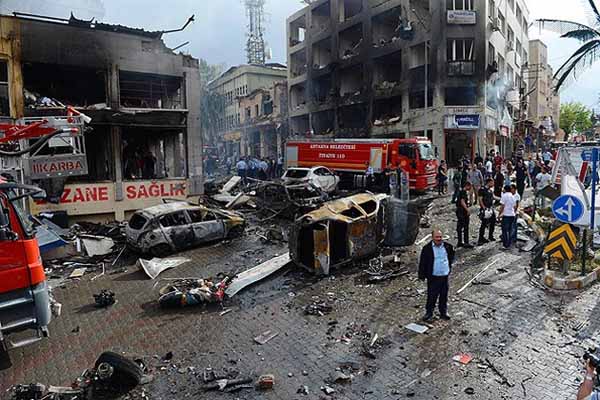 A bomb attack that killed 52 people in Hatay's border town of Reyhanlı last month was organized by the Syrian intelligence agency Al- Muhabarat, according to Nasır Eskiocak, the prime suspect in the case. According to reports published in various Turkish newspapers, Eskiocak, who was captured on June 10 while trying to cross the border into Syria from Yayladağı, said in his testimony that his contacts were agents of the intelligence agency. He also gave the names of the agents, newspapers reported. He was reported as having said: “I have been doing work for al-Muhabarat in Hatay for a long time. I am one of the regional agents of the agency. It was al-Muhabarat that ordered the Reyhanlı attack. I organized the attack in all aspects and details.” He said he had planned other attacks on shopping malls and mosques in the cities of Ankara, Konya and Hatay. He said he was ordered to target civilians and cause the loss of as many lives as possible. “I was going to place bombs in places such as shopping centers and mosques.” He also said the attack has nothing to do Mihraç Ural, the leader of the Turkish Peoples Liberation Party/Front (THKP/C), who was believed to have connections to the bombing.

On May 11, a car bomb exploded outside city hall, while another went off outside the post office in Reyhanlı, a main hub for Syrian refugees and opposition activity in Hatay province. Fifty-two people were killed and as many as 100 injured in the bombings.

On June 10 the Hatay Governor's Office said in a written statement that the city's police force captured Nasır Eskiocak in Hatay's Yayladağı district as he was crossing the border into Syria at about 11 p.m. on Monday. Eskiocak is believed to be involved with various leftist terrorist organizations.