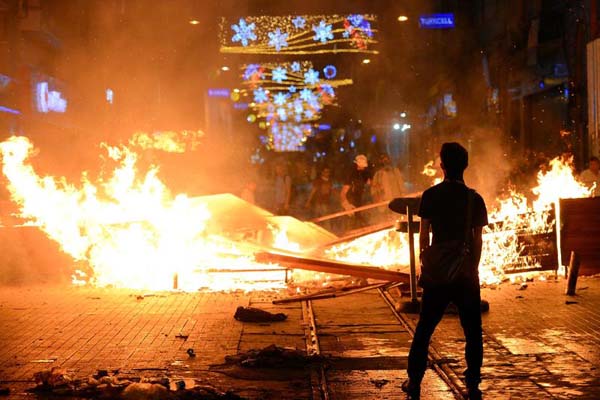 Turkish police fired tear gas and water cannon Monday on protesters who wanted to hold a rally at Gezi Park in Istanbul's central Taksim Square. Protesters gathered at Istiklal Street and marched towards Taksim Square to enter Gezi Park, the focus of mass protests last month against the redevelopment plans of the park including a replica of an Ottoman-era military barracks. Several people have been detained amid police intervention. Following the intervention by police, the protesters dispersed to the side streets and some shopkeepers closed down. Governor of Istanbul Huseyin Avni Mutlu on Monday announced that Taksim Gezi Park was re-opened to public following weeks of revamp work but the park was closed again, cordoned off by police after protest leaders called a rally for Monday evening.