Turkish army chief and more than 100 others have gone on trial accused of plotting to overthrow government in 1997. 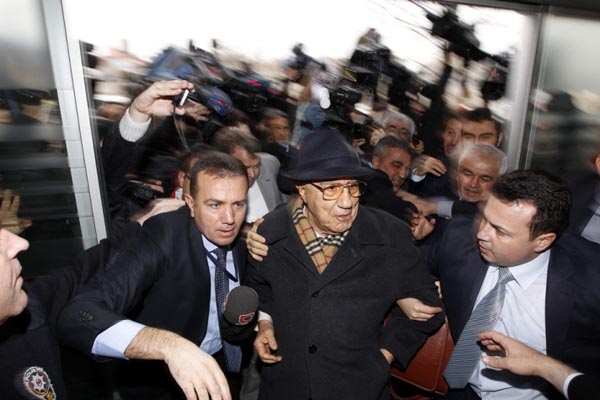 103 senior Turkish army officers have gone on trial to face life sentence in prison for plotting to overthrow government in 1997. The trial has started at 13th Ankara Criminal Court, retired and serving officers are among the 103 mostly generals, charged in the 1,300-page indictment completed by Prosecutor Mustafa Bilgili. The defendants are being charged with participating in the overthrow of an elected government by means of force. It said the indictment named the prime suspect as General Ismail Hakki Karadayi, chief of general staff between 1994 and 1998. Another defendant is the former land forces commander, General Erdal Ceylanoglu, believed to have ordered tanks onto the streets outside Ankara before the military intervention. In August, a Turkish court jailed former military chief General Ilker Basbug for life and imprisoned scores of other senior figures for their role in a conspiracy to overthrow Erdogan's government. Last September, more than 300 active and retired army officers, including three former generals, received prison sentences of up to 20 years over a 2003 military exercise alleged to have been an undercover coup plot.

The events of 1997 were dubbed the "post-modern coup" as the generals used pressure behind the scenes to force Erbakan from power, in contrast to the direct intervention of three outright military coups in Turkey in 1960, 1971 and 1980.The coup introduced a series of bans for pious people.

The parliamentary Coup and Memorandum Investigation Commission has indicated that the US State Department sent a cable to the US Embassy in Ankara in 1996 telling embassy officials to convince the Turkish military to take action against the government of the time.

The parliamentary commission prepared a report about the Feb. 28, 1997 military coup, which contained the cable, which was labeled confidential and urgent and sent to the US Embassy in Ankara.

This message, which bears the signature of then-US Secretary of State Warren Christopher, said: “We are deeply concerned about the prime ministry of Necmettin Erbakan. The Turkish military should be convinced to take action.”

The cable also stated that the US I was very much concerned about Erbakan having close relations with Arab and Muslim countries. The encrypted message was also reportedly sent to the US missions in Athens, Beirut, Moscow, Sofia and Geneva. The message says Turkey's aim to strengthen relations with Iran, Iraq, Libya, Nigeria and Sudan ran contrary to US national interests.