A police helicopter crashed into a pub in Glasgow on Friday night. 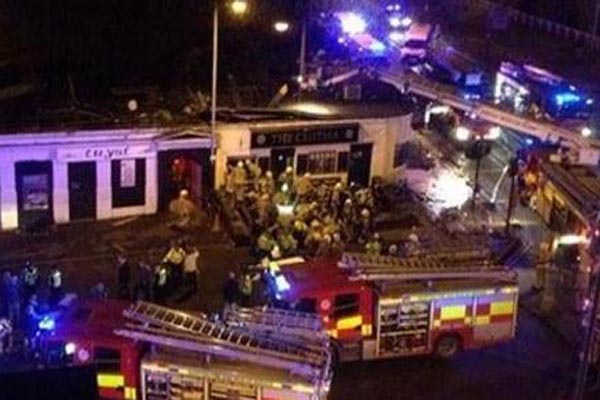 Scottish First Minister Alex Salmond said people should prepare for the likelihood of fatalities while emergency workers laboured to free people trapped under rubble in the shadow of the mangled helicopter, which was embedded in the pub's roof.

Visibly shaken eye witnesses described scenes of horror as the 12-metre (40 ft) helicopter with two police officers and a civilian pilot on board spiralled into the Clutha pub in a busy area of Scotland's biggest city, collapsing part of the roof.

"It was fairly busy, we were all having a nice time and then there was like a whoosh noise," Grace MacLean, who was in the pub at the time of impact, told the BBC.

"There was no bang, no explosion and then there was what seemed like smoke and we were all joking that the band had made the roof come down and then it started to come down more and someone started screaming and the whole pub filled with dust and you couldn't see anything, you couldn't breath."

Police said it was too early to speculate on what caused the Eurocopter EC135 T2 to smash into the pub at 10:25 p.m. local time where more than 100 people were listening to a band perform. The helicopter did not appear to have caught fire.