Turkish police fired water cannon and tear gas on Saturday to disperse hundreds of protesters who gathered to march to Gezi Park. 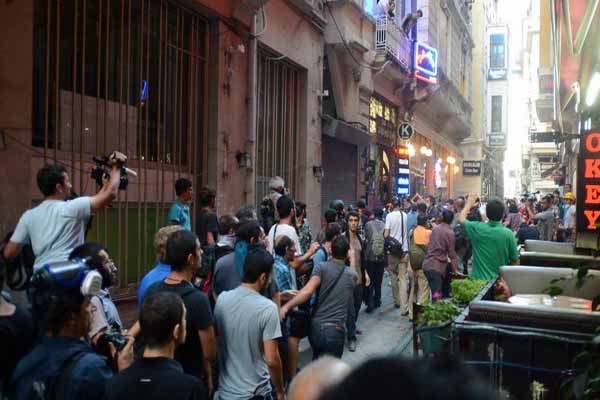 Turkish police fired water cannon and tear gas on Saturday to disperse hundreds of protesters who gathered to march to Gezi Park. Protesters scattered, running into sidestreets where police pursued them, before starting to regroup on Istiklal Street, metres from the main Taksim Square. The demonstrators also clashed with shopkeepers disgruntled by weeks of bad business due to weeks of demonstrations. What had started as a small protest against the planned redevelopment of Istanbul's Gezi Park triggered a nationwide wave of protest last month against Erdogan. Five people died and thousands were injured in the police crackdown on the protests across Turkey, which posed the biggest challenge to Erdogan's decade-old rule.

Saturday's demonstrations were triggered by discontent over a government-sponsored bill which stripped an architects' and engineers' association involved in the protests, the TMMOB, of its final approval authority on urban planning projects.

The bill, passed to become law by parliament this week, is seen by the TMMOB and opposition party members as part of a government vendetta.

Architects in the TMMOB had brought a lawsuit against plans to redevelop Istanbul's Gezi Park, the issue which prompted the first protests against Erdogan.

A court has since cancelled the redevelopment project but the authorities can appeal against the ruling.