United States categorised Germany as a "third-class" partner and that surveillance there was stronger than in any other EU country, 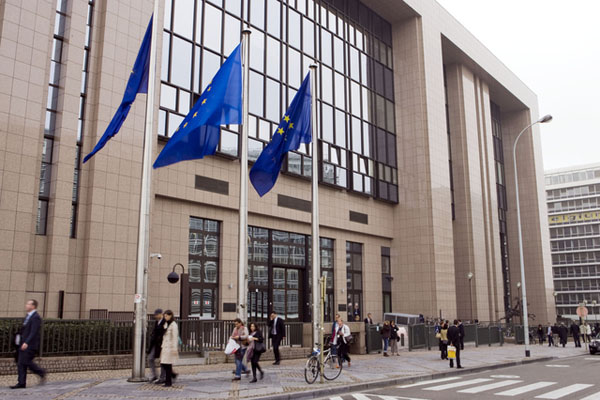 The United States taps half a billion phone calls, emails and text messages in Germany in a typical month and has classed its biggest European ally as a target similar to China, according to secret U.S. documents quoted by a German newsmagazine. The revelations of alleged U.S. surveillance programmes based on documents taken by fugitive former National Security Agency contractor Edward Snowden have raised a political furore in the United States and abroad over the balance between privacy rights and national security. Exposing the latest details in a string of reputed spying programmes, Der Spiegel quoted from an internal NSA document which it said its reporters had seen. The document Spiegel cited showed that the United States categorised Germany as a "third-class" partner and that surveillance there was stronger than in any other EU country, similar in extent to China, Iraq or Saudi-Arabia. "We can attack the signals of most foreign third-class partners, and we do it too," Der Spiegel quoted a passage in the NSA document as saying.

It said the document showed that the NSA monitored phone calls, text messages, emails and internet chat contributions and has saved the metadata - that is, the connections, not the content - at its headquarters.

While it had been known from disclosures by Snowden that the United States tapped data in Germany, the extent was previously unclear.

News of the U.S. cyber-espionage programme Prism and the British equivalent Tempora have outraged Germans, who are highly sensitive to government monitoring having lived through the Stasi secret police in the former communist East Germany and with lingering memories of the Gestapo of Hitler's Nazi regime.

A Spiegel report on Saturday that the NSA had spied on European Union offices caused outrage among EU policymakers, with some even calling for a suspension to talks for a free trade agreement between Washington and the EU.

Snowden, a U.S. citizen, fled the United States to Hong Kong in May, a few weeks before the publication in the Guardian and the Washington Post of details he provided about secret U.S. government surveillance of internet and phone traffic.

He has been holed up in a Moscow airport transit area for a week after U.S. authorities revoked his passport. The leftist government of Ecuador is reviewing his request for asylum.