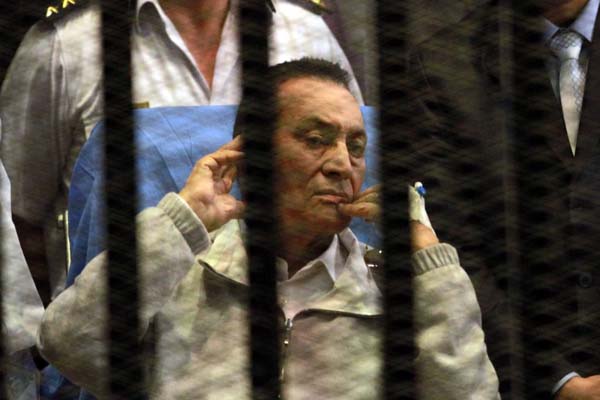 Egypt's interim Prime Minister Hazem al-Beblawi has said the release of toppled President Hosni Mubarak was based on a "judicial ruling" after Mubarak had served the maximum pre-trial detention allowed by law, adding that the decision to have him placed under house arrest was a "security measure."

Mubarak was released from prison on Thursday after a court accepted an appeal lodged by his lawyers against outstanding corruption charges he faces.

On Saturday, al-Beblawi said that the cases against Mubarak were still being considered by court, stressing that the State would respect the law and court rulings.

Answering allegations that authorities were seeking to revive the Mubarak regime, al-Beblawi said that Mubarak's release "has nothing to do with the democratic path and does not mean that the government is reproducing the pre-January [2011] revolution regime."

Mubarak was ousted in a popular uprising in early 2011 after having ruled the country with an iron fist since the 1981 assassination of President Anwar Sadat.

Al-Beblawi said the decision to place Mubarak under house arrest had been taken to "prevent any security unrest and protect him against assaults."

Egypt has been in a state of turmoil since the army ousted elected President Mohamed Morsi on July 3 after mass protests against his presidency.

The interim premier said that the positions adopted by foreign capitals regarding developments in Egypt "have gradually changed," adding that some countries still need time to "rectify their ideas about the situation in Egypt."

"The European position has become close to the Egyptian one, but the Americans still need some time," he added.

Al-Beblawi also hailed what he described as "major support from Arab countries to Egypt," in reference to support shown for Egypt's military-backed authorities by the United Arab Emirates, Saudi Arabia, Kuwait and Jordan following Morsi's overthrow.