Detroit's municipal bonds a day after the city's historic bankruptcy filing even as a ruling in state court raised questions about whether the bankruptcy will stand up to court review. 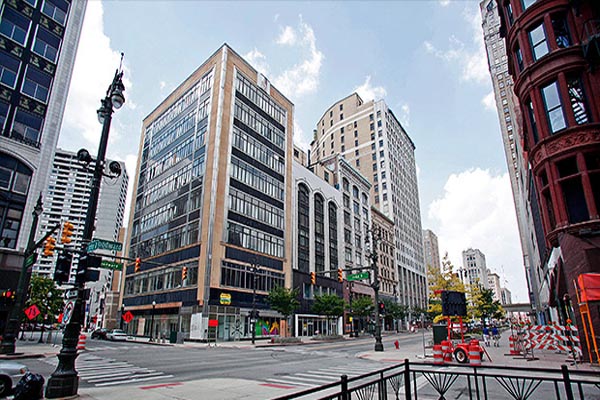 Investors dumped Detroit's municipal bonds a day after the city's historic bankruptcy filing even as a ruling in state court raised questions about whether the bankruptcy will stand up to court review. Attempts by Michigan Governor Rick Snyder and Detroit's Emergency Manager Kevyn Orr to put a positive spin on the filing failed to reassure investors. Prices on some Detroit bonds plunged and there were wider declines in the $3.7 trillion U.S. municipal bond market. The state court judge in Michigan's capital of Lansing ordered Orr to withdraw the bankruptcy petition because the state law that allowed Snyder to approve the bankruptcy violated the Michigan Constitution. The governor lacks the power to "diminish or impair pension benefits," according to the ruling by Ingham County Circuit Court JudgeRosemarie Aquilina.

Orr, who was appointed by Snyder in March to try to resolve the city's financial crisis and tackle its $18.5 billion in long-term debt, acknowledged that court battles over the need for a bankruptcy filing could be protracted and difficult.

A first test in a Chapter 9 bankruptcy proceeding is whether the city has explored other reasonable options before filing, and the city will "have an eligibility fight, I suspect" over the decision, Orr said.

"I've got 15 months left on my tenure," Orr said. "I promised the governor that we were going to try and get this done within the time frame provided by the statute."

Detroit has tens of thousands of creditors, and bankruptcy experts expect the court case could last years and cost tens of millions of dollars.

Under the 2012 Michigan law that created the emergency manager position, Orr's term is limited to 18 months, after which he can be removed by a two-thirds vote of Detroit's city council. However, under earlier versions of the law, emergency managers in other Michigan cities have seen their terms extended beyond the original time frame.

Detroit, a former manufacturing powerhouse and cradle of the U.S. automotive industry, has struggled for decades as companies moved or closed, crime became rampant and its population shriveled by about 25 percent in the past decade to 700,000. The Chapter 9 filing by the home of Motown music is the largest municipal bankruptcy in U.S. history.

Under the state law that created the emergency manager position, Detroit could not file for bankruptcy without the governor's approval. Lawsuits by pension funds and city workers, filed earlier this month, had sought to prevent a filing. But on Thursday, Orr filed the bankruptcy petition, with Snyder's permission, just minutes before Judge Aquilina was set to rule on a petition to stop the process.

In an interview with Reuters on Friday, Snyder side-stepped the constitutional question.

"That's a matter in litigation and we have very good attorneys who I'm sure are on top of that," he said

James Spiotto, a municipal bankruptcy expert at law firm Chapman and Cutler in Chicago, said lawsuits pending in state court would likely be put on hold as the bankruptcy process unfolds in federal court.

He added that creditors, such as the city's pension funds, will have an opportunity to fight Detroit's ability to file for Chapter 9 before a federal bankruptcy judge.

"The issues people are raising are the same issues whether they have them before state court or bankruptcy court," Spiotto said, adding that it took a bankruptcy judge a year to determine that Stockton, California was eligible for bankruptcy.

The governor has sought to paint the bankruptcy filing as a positive move for the city and the state.

"We're the comeback state in Michigan, but to be a great state we need...Detroit on the path to being a great city again," Snyder, a Republican, said at a press conference.

Snyder acknowledged that the bankruptcy would be seen as a new low point for the city, but said, "This is the day to stabilize Detroit."

Orr addressed concerns that art works at the Detroit Institutes of Arts or other city assets would be auctioned off to pay off creditors, who have been offered pennies on the dollar.

"Right now, there's nothing for sale," he said.

Vice President Joe Biden told reporters on Friday that White House officials had been briefed on Detroit's situation, but that it was unclear what help the administration could provide.

In the state court proceeding on Friday, Judge Aquilina said she plans to keep the White House informed on matters affecting pensions by sending her rulings in the state cases to President Barack Obama, according to her law clerk, and attorney William Wertheimer, who is representing retirees in a lawsuit.