DOLLAR 9.5851
EURO 11.1604
GOLD 556.38
BIST 1492.93
England North West Turkish Community Association will celebrate anniversary...
Albany Park is a fantastic example of how we are improving and enhancing...
Mayor of London’s ‘My London Borough of Culture’ programme, with...
Tesco is opening its first checkout-free store in central London
The spending limit on each use of a contactless card has now risen from...
GPs in England are being told to see more patients face-to-face
The Youth Alive programme is led by Enfield Council’s Public Health...
Enfield is the only North London destination for Totem Latamat which is...
Herd immunity by infection approach and delaying lockdown lead to many...
Walk Me Home would allow users to opt in to a GPS tracking system and... 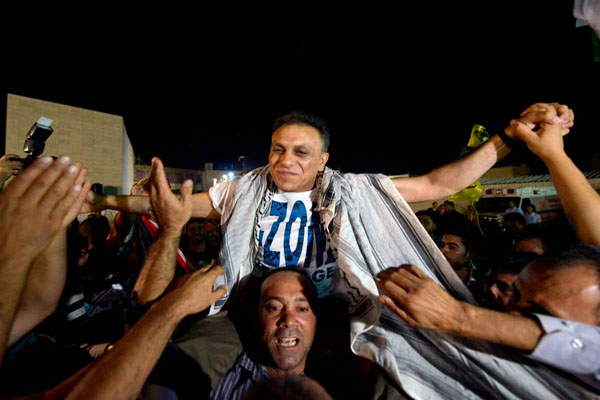 Fifteen of the freed prisoners have arrived at Gaza's Beit Hanoun border crossing early in the morning. Prisoners were welcomed by a delegation from the Palestinian Ministry of Detainee Affairs alongside representatives from Hamas, Islamic Jihad Movement in Palestine and thousands of joyful Palestinians. Meanwhile, Palestinian President Mahmoud Abbas greeted 11 other Palestinian prisoners freed at the Presidential Palace in Ramallah.  Embracing the freed Palestinians with joy, Abbas said, "The remaining prisoners will also be freed. They lead the way and the others will follow. I send my regards to all families of prisoners and underline that we will not be relieved untill all are freed." The Israeli government had announced its decision to free 104 Palestinian captives held before the Oslo Agreement in 1993. 26 were released and the remaining 78 will be released in upcoming days part of renewed peace talks between Israel and Palestine. There are currently 4,800 prisoners in Israeli prisons including 14 women and tens of children, according to Palestinian Ministry of Detainee Affairs