Gezi Park incidents as well as the current situation in Syria and the use of chemical weapons. 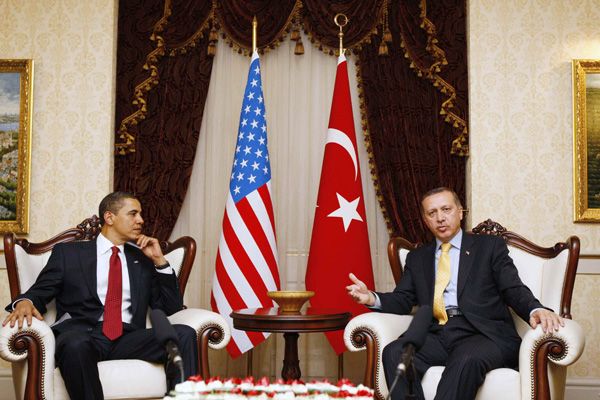 Turkish Prime Minister Recep Tayyip Erdogan and us President Barack Obama held a phone conversation on Monday evening discussing the Syrian crisis and the Gezi Park incidents. "The President and Prime Minister discussed developments in Syria, including the regime's use of chemical weapons against its own people, their shared commitment to pursuing a political solution, the need to provide additional support to the Syrian Coalition and the Supreme Military Council to improve their effectiveness, and the importance of close bilateral cooperation on contingency planning and counterterrorism efforts," the Turkish Prime Ministry said in a statement.  The G8 and preparations of the Second Geneva Conference were also reported to be discussed. Also touching on the Gezi Park protests, Erdogan described the situation in Turkey and the two leaders discussed the importance of nonviolence and of the rights to free of expression and assembly and a free press, the statement said.