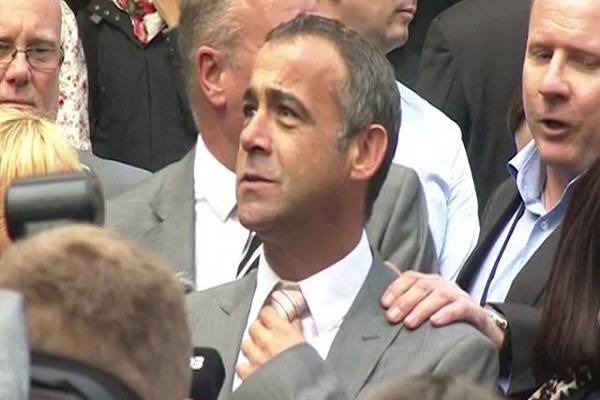 Michael Le Vell told reporters that he was "delighted" by the verdict and thanked his family for their support. Coronation Street actor Michael Le Vell has been cleared of a number of sexual offences against a child, including rape and indecent assault. Mr Le Vell, 48, of Hale, Greater Manchester, denied 12 charges in total, including five of rape.

His accuser, who cannot be named, claimed she was abused from the age of six until she was 14.Speaking outside court, he thanked his family and ITV for their support and said he was "going to have a drink".BBC