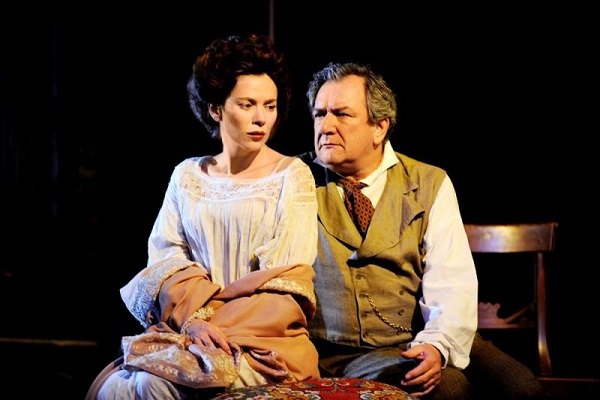 Russia’s top actors will star in the West End transfer of Chekhov’s UNCLE VANYA and THREE SISTERS, directed by internationally respected film/theatre director and screenwriter Andrei Konchalovsky. Originally produced at Moscow’s renowned Mossovet State Academic Theatre, both plays will run in rep for a strictly limited season at London’s Wyndham’s Theatre from 23 April to 3 May 2014.

Andrei Konchalovsky is a renowned theatre and film director as well as a screenwriter. His film credits include IN THE DARK, THE LION IN WINTER (Golden Globe nomination 2005), HOUSE OF FOOLS (Grand Special Prize, Venice International Film Festival 2002), THE INNER CIRCLE, TANGO AND CASH, DUET FOR ONE, RUNAWAY TRAIN and UNCLE VANYA. In 1980 he was named People's Artist of Russia and later he was awarded the Order of 4th Degree for Services to the Homeland in 1997; In 2002 Andrei was made a member of the National Academy for Cinematographic Arts and Science and an officer of the Order of Arts and Letters of France in 2005.

Mossovet State Theatre is one of the oldest theatres in Moscow having been founded in 1923.  In the 1970s well-known Russian director Pavel Khomsky became first the principal director, and then the artistic director of the theatre. Mossovet has been enthusiastically received in many countries: France, USA, Finland, Israel, Italy, Poland, Bulgaria and across the world.