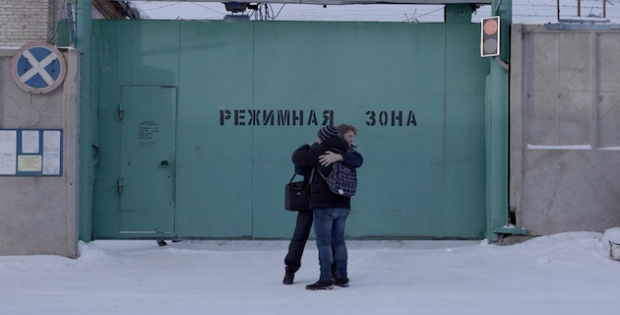 This energetic deadpan thriller is set in 1930s Leningrad, where Stalin’s political persecutions are in full swing and everyone is a suspect.   It tells a story of an obedient law enforcer on the run: in his attempt to escape purges Fyodor Volkonogov – a captain of the National Security Service (NKVD), tries to find a way to repent, after a supernatural encounter. He has to ask the families of his past victims for forgiveness and his time is running out.  The film received high praise by critics during its world premiere at the Venice Film Festival earlier this year, where it competed for the Golden Lion at the 78th Venice International Film Festival.

The premiere will be a red carpet event held at the iconic Odeon Luxe Leicester square, home to hundreds of royal, global and European premieres since 1937.

Director Natasha Merkulova said: “Throughout history, every day, somewhere in the world, some people have tortured others. In addition, it is still happening in the twenty-first century. It is a universal problem, and each of us should personally reflect on it.”

Filip Perkon, the General Producer of the Russian Film Week, explained the opening movie choice: “After two unorthodox years in a pandemic, our opening night movie questions the whole essence of normality and asks where the world will be going next. The film is timely, showing us in a genius but offbeat way, how it could turn out, and that each of us must take personal responsibility for the world and that siding with good or bad is a personal choice.”

Anna Smith, President of the Jury, the Golden Unicorn Awards: "Captain Volkonogov Escaped is an arresting opening film for the festival, blending genres and probing into dark corners of Russian history. Stylistically, it feels more like a movie dystopia than a historical drama, but the events it draws from are terrifyingly real. Written during lockdown and anchored by an engrossing central performance, it's one of the best Russian films I've seen in the past year - though as the film festival attests, there is a lot of fantastic work coming from Russia right now."

Jonathan Romney, Screen Daily: “This is a film to revel in, and to argue about – and for some, no doubt, to recoil from – but it’s one of the most original works of the year

Xan Brooks, Guardian: “Its line of attack is remorseless, an ongoing rain of hammer blows, and yet it never feels especially dour or heavy.”

Carlos Aguilar, The Playlist: “A riveting and ferocious pilgrimage that culminates on a savagely spiritual note.”

Marta Balaga, The Variety: “Still, instead of concentrating on the past or present situation in Russia, the directors chose a more universal approach, noting that even now, people are still being tortured and hurt all over the world.”

The programme includes 23 feature films and 19 short films, with 12 UK 5 international premieres, spanning drama, comedy, historical films, thrillers, action movies, melodramas and documentaries. All movies of the RFW2021 will be shown in their original language with English subtitles. The full list of films can be found online: Russian Film Week | MOVIES A-Z

The festival celebrates its sixth anniversary this year and takes place in cinemas across London, including the Odeon Luxe Leicester square and the Cine Lumiere cinema in South Kensington. Additional screenings are planned in Cambridge and Edinburgh (TBC). The premiere will be a red carpet event held at the iconic Odeon Luxe Leicester square, home to hundreds of royal, global and European premieres since 1937. The Russian Film Week culminates with the Golden Unicorn Awards ceremony that celebrates achievements of Russian cinematography and international filmmakers creating Russian-themed films.  The awards have two separate juries: an international and a Russian jury, providing a unique opportunity to recognise both Russian and foreign films through a cross-cultural lens. The head of the jury in 2021 is Anna Smith, a renowned British critic.

Keywords:
Russian Film WeekLeningradStalinLondon Russian Film WeekThe Russian Film WeekNatasha Merkulova
Your comment has been forwarded to the administrator for approval.×
Warning! Will constitute a criminal offense, illegal, threatening, offensive, insulting and swearing, derogatory, defamatory, vulgar, pornographic, indecent, personality rights, damaging or similar nature in the nature of all kinds of financial content, legal, criminal and administrative responsibility for the content of the sender member / members are belong.
Related News