Shakespeare's Globe and The Space 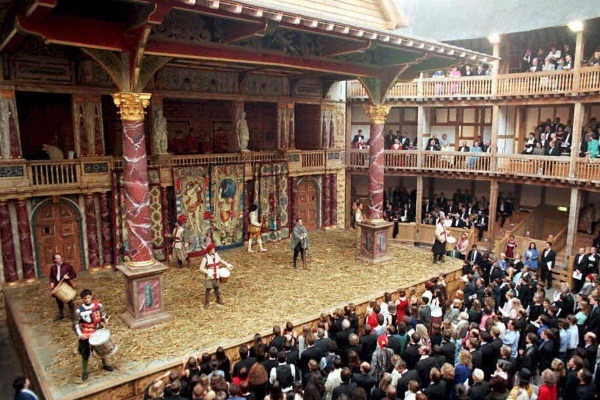 The Space, the digital arts service from Arts Council England, in partnership with the BBC, will present the live event from multiple different viewpoints. Aerial cameras will also capture the stage, audience and landscape from above. Filming will be undertaken by production company Sparkly Light, who were responsible for filming last year’s multilingual Globe to Globe Festival in its entirety, producing 37 films in 42 days for use on The Space. The event will be presented by stage and screen actor Jamie Parker, who played Prince Hal and then King Henry in the Globe’s productions of Henry IV Parts 1 and 2 and Henry V in 2010 and 2012.

To complement the live stream of the Henry VI trilogy, The Space will offer an innovative digital programme giving audiences access to all the information available to a playgoer at the Globe and more. A rich resource of text and images – including cast biographies, rehearsal photos, interviews with director Nick Bagnall, interactive maps and historical material – will create an immersive and informative audience experience.

After the live broadcast, edited films of each of the three plays will become available on-demand on The Space’s website. These versions will be accompanied by a further series of exciting online features, including embedded hyperlinks allowing viewers to access biographies of characters as they enter the action, historical contexts for important speeches and the complete text of each play in synchronization with the action.

Four major battles of the Wars of the Roses are featured in the Henry VI plays: Towton, Tewkesbury, St Albans and Barnet. During the Battle of Towton alone 28,000 men died – the biggest loss of life on English soil in a single day in recorded history. The Battle of Barnet was one of the most decisive conflicts of the Wars of the Roses, and Edward IV’s brutal defeat of his erstwhile friend and ally the Earl of Warwick marked the beginning of fourteen years of Yorkist rule over England.

The Henry VI plays begin with the death of Henry V and together chart the entirety of his son’s turbulent reign. They encompass the stories of Joan of Arc, who is burnt at the stake at the end of Harry the Sixth, and Jack Cade, whose short-lived peasant rebellion is depicted in The Houses of York & Lancaster. The Henry VI plays were Shakespeare’s first blockbuster history sequence and established his reputation as one of the most popular playwrights of the Elizabethan age.