In honour of the momentous anniversary of the passing of 13th century Anatolian Sufi poet, Yunus Emre, the Turkish Consulate General in Edinburgh, Yunus Emre Institute in London, and ATAS (Association of Turkish Alumni and Students Scotland) jointly organized 3 evens of events in Edinburgh last week. 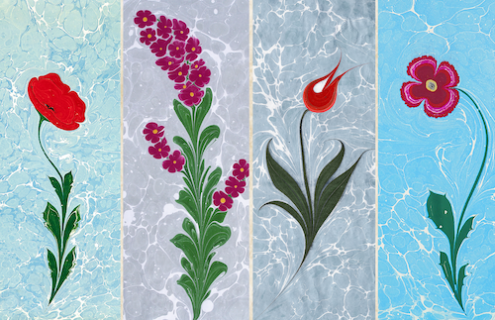 Yunus Emre, had an immense influence on Turkish literature and philosophical thought, from his own day until the present. 2021 has been named Yunus Emre Year by UNESCO and the year of Yunus Emre and Turkish Language year by the President of the Republic of Turkey. The commemoration kicked off on Wednesday 20 October 2021 with the Sounds From Yunus Emre concert by the Sufi Ensemble led Oudist Baha Yetkin and the talented musicians Alexandros Koustas on the kemençe, Alp Genç on the ney and Muammer Sağlam playing the percussions. 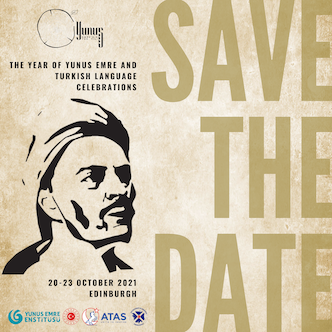 The unforgettable evening at the prestigious Assembly Roxy, introduced the audience to Yunus Emre through Sufi hymns touching heart and soul of listeners. Yunus Emre’s poetry, with its simple rhythmic verse and spiritual depth, is an important well for lyrics for Sufi music. Through these compositions, Yunus Emre's poems and philosophy survived to the present day by living among the people and spilling through the streets of Edinburgh with the help of the ensemble. The event was attended by the Turkish Consul General in Edinburgh and the Turkish Consulate General Education Attaché Office in Edinburgh.

The second event of the commemoration featured an Ebru (paper marbling) workshop with artist Esma Uğurluoğlu at the University of Edinburgh on Friday, October 22. This storied art has been used to decorate the inside covers of books for centuries but has developed into an independent artform. Uğurluoğlu led the eager attendees through how to sprinkle and brush natural colour pigments onto a pan of oily water to create spectacular patterns and transfer the patterns to paper. While Ebru artists consider their art to be a central part of their traditional culture and identity and lifestyle, participants were be able to get a taste of this enchanting art and take their unique masterpieces home!

The commemoration was capped with the screening of the moving film, Yunus Emre: The Voice of Love, telling the story of the great philosophical thinker, poet and Sufi, Yunus Emre. Taking place on Saturday, October 23, 2021, the screening was be followed by an online question-and-answer interview with Kürşat Kızbaz, the screenwriter and director of the film. Kızbaz, who previously directed a film on Mevlana Celaleddin-i Rumi, talked the audience through his inspirations for the film, its challenges and the messages he wanted to get across. 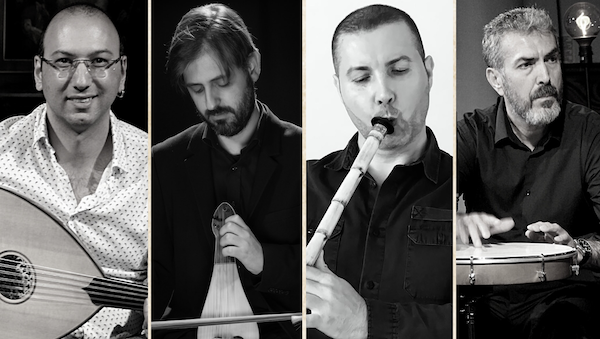 Under the banner of friendship, humanism, and divine love, the 3-evening commemoration brought the wise words and rich culture of Yunus Emre to the streets of Edinburgh. The events came to a close with his loving words ringing in everyone’s ears:

Come, let us all be friends for once,
Let us make life easy on us,
Let us be lovers and loved ones,
The earth shall be left to no one.

Keywords:
Yunus EmreYunus Emre EdinburgAnatolian Sufi PoetSufi PoetTurkish Consulate General In EdinburghYunus Emre Institute In LondonTurkish Alumni And Students Scotland
Your comment has been forwarded to the administrator for approval.×
Warning! Will constitute a criminal offense, illegal, threatening, offensive, insulting and swearing, derogatory, defamatory, vulgar, pornographic, indecent, personality rights, damaging or similar nature in the nature of all kinds of financial content, legal, criminal and administrative responsibility for the content of the sender member / members are belong.
Related News