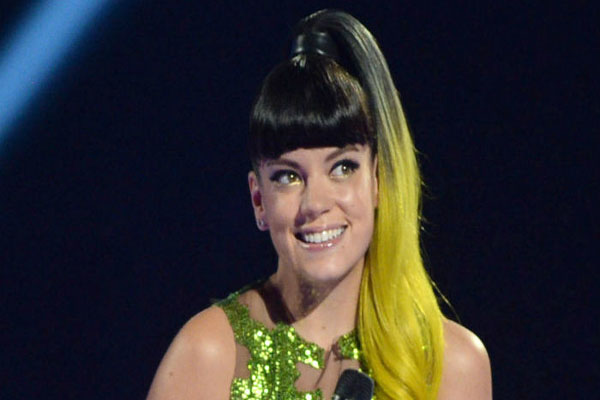 Taking inspiration from Kanye West's 2013 collection Yeezus, the LP is expected to hit the shelves in the coming months after being completed earlier this week. Speaking on tonight's Graham Norton Show, she admitted: "It's a confident title choice - and a little nod to Kanye West." Sheezus has a high bar to meet , as both of Lily's previous albums - It's Not Me, It's You and Alright, Still - were certified triple-platinum in the UK for shipments of over 900,000 copies. The record will feature provocative lead single 'Hard Out Here', which reached No.9 late last year, as well as new tune 'Air Balloon', which is released this weekend. It's not known if her cover of Keane's 'Somewhere Only We Know' will grace the tracklisting. Earlier this week Lily got into a minor disagreement with Radio 1 host Fearne Cotton, after the latter accused the singer of blanking her several times at the BRIT Awards.

"I don't hate her. I got on with her really well last time she was here. We were in a great place. We talked about the kids. So I thought, 'Oh, I'll say hi at the BRITs.' [But] she looked through me like a pane of glass."

Lily, however, has refuted the claim, saying: "I did not blank you. That is simply not true. I didn't see you or your husband.

"Why couldn't you just come over [and] say hi yourself?"