Actor Johnny Depp appeared to threaten US President Donald Trump during a speech at the Glastonbury Festival. 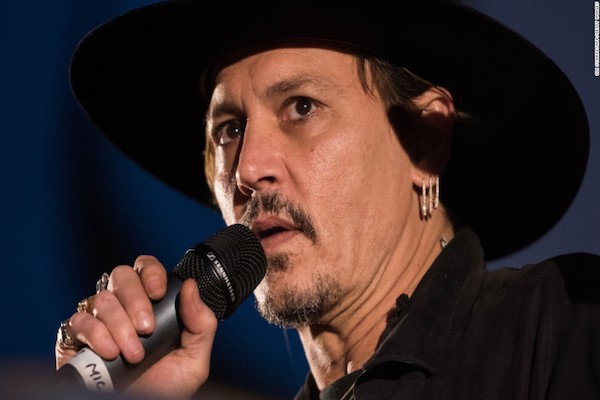 After receiving jeers from the crowd, he added: "You misunderstand completely. When was the last time an actor assassinated a president?" "I want to clarify," he added, "I'm not an actor. I lie for a living [but] it's been a while. Maybe it's about time." The star acknowledged that his comments - which may have been a reference to the assassination of President Abraham Lincoln by actor John Wilkes Booth in 1865 - would prove controversial. "By the way, this is going to be in the press and it'll be horrible," he said. "It's just a question, I'm not insinuating anything." He is not the first US celebrity to allude to killing the president. At a rally in Washington DC, Madonna said she thought "an awful lot about blowing up the White House" and the US rapper Snoop Dogg shot a toy gun at a Donald Trump character in a music video. But on social media, some have criticised Depp's comments - which come days after a gunman shot and injured Republican congressman and four others in Virginia in the US. "Casual Johnny Depp: 'When was the last time an actor assassinated a President?' GOP reps targeted & shot days ago," tweeted one user, Chet Cannon, referring to the incident.