Pirelli has announced the cast and concept behind their 2019 calendar, photographed by Albert Watson. 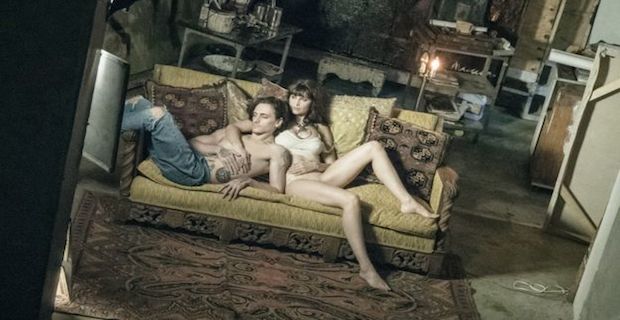 Pirelli has announced the cast and concept behind their 2019 calendar, photographed by Albert Watson.Gigi Hadid, Misty Copeland, Laetitia Casta and Julia Garner star as "women who are playing a movie character role". It is British-born photographer and Vogue regular Albert Watson's first time shooting the calendar.The tyre company's calendar is known for its exclusivity and is given as a gift to customers and celebrities.

Albert Watson, who was born in Scotland in 1942, has created many iconic shoots and famously took portraits of Steve Jobs and Alfred Hitchcock.

His photographs have appeared in many iconic publications, including Harper's Bazaar, Time and Rolling Stone.

Watson has also shot for big fashion and beauty brands including Prada, Levi's, Revlon and Chanel.

His Pirelli shoots took place over 10 days in April in Miami and New York.

The calendar became an annual publication in 1963 but was discontinued in 1974.

It was resurrected 10 years later and has been published every year since.

Keywords:
Pirelli 2019 CalendarGigi HadidLaetitia Casta
Your comment has been forwarded to the administrator for approval.×
Warning! Will constitute a criminal offense, illegal, threatening, offensive, insulting and swearing, derogatory, defamatory, vulgar, pornographic, indecent, personality rights, damaging or similar nature in the nature of all kinds of financial content, legal, criminal and administrative responsibility for the content of the sender member / members are belong.
Related News