Russians say they feel secure, make themselves at home in Turkey 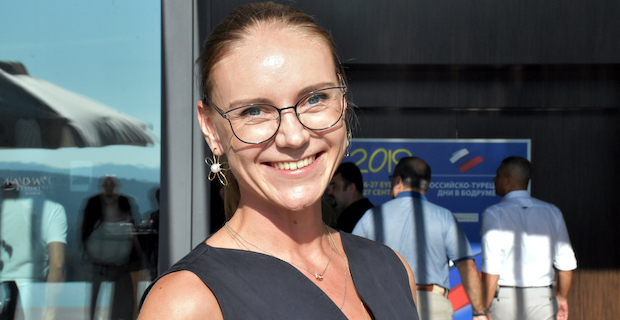 Sergey Klyuev, a Russian tourism investor, said: “The goal is to bring rich Russian citizens to Bodrum. We feel very secure in Turkey.”

Evgenia Bilge, who came to Turkey 12 years ago for a job and settled in Bodrum, said: “I want to continue my life here. I love Turkey. My child grows up with both Turkish and Russian culture.” 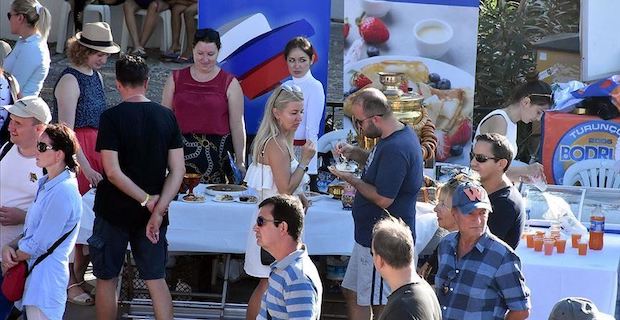 Elena Karakurt, a housewife who has been living in Bodrum for eight years, told Anadolu Agency: “Our relations with the Turks are very good. Turkey is now my first house.”

On Aug. 27, in a joint news conference with Turkish President Recep Tayyip Erdogan in Moscow, Russian President Vladimir Putin said Turkey is popular among Russian tourists and his country is grateful to Turkey for providing security and favorable conditions for them.

Erdogan, for his part, noted that Turkey hosted 2.7 million Russian tourists in the first half of 2019.

Keywords:
Russian TouristsRussia AmbassadorElena Karakurt
Your comment has been forwarded to the administrator for approval.×
Warning! Will constitute a criminal offense, illegal, threatening, offensive, insulting and swearing, derogatory, defamatory, vulgar, pornographic, indecent, personality rights, damaging or similar nature in the nature of all kinds of financial content, legal, criminal and administrative responsibility for the content of the sender member / members are belong.
Related News