Sotheby's is offering a single-owner sale in March

Titled In Its Own Light, the auction is largely focused on Post-War and Contemporary Art, including examples of German Expressionism and Modern British art. 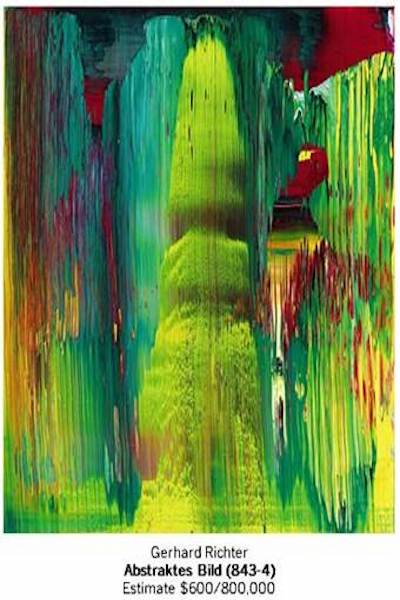 The New York couple’s collection was created over 35 years and reflects the close relationships (often grounded in a shared passion for literature), between Ed Cohen and many of the artists represented, as well as with gallerists such as Anthony d’Offay and Marian Goodman. The sale is estimated to fetch $4/6 million and will be immediately followed by the Contemporary Curated auction. Both sales are timed to coincide with The Armory Show, with exhibitions opening on 24 February.

Allan Schwartzman, Chairman, Sotheby's Fine Arts Division commented: “The Cohen Collection defines collecting at its best, as it includes the highest level of selectivity and connoisseurship, a very personal and finely honed assembly of artists spanning many generations, and an articulate and unwavering commitment to the most timeless of subjects for art—the human condition.  Whether with artists collected in depth, or represented by a single work, the Cohens have consistently collected works that get to the heart of each artist represented, not always in the most obvious way, but always in the most insightful.”

Ed Cohen is also known as a generous supporter of a number of museums, most notably the Tate where a gallery is named for Mr. Cohen. Among notable gifts to the London institution was his crucial support for the acquisition of the groundbreaking Joseph Beuys sculpture, The End of the Twentieth Century.