Shakespeare’s Globe is delighted to announce the programme for ‘Women & Power’, a new festival of events opening on Sunday 12 May 2018 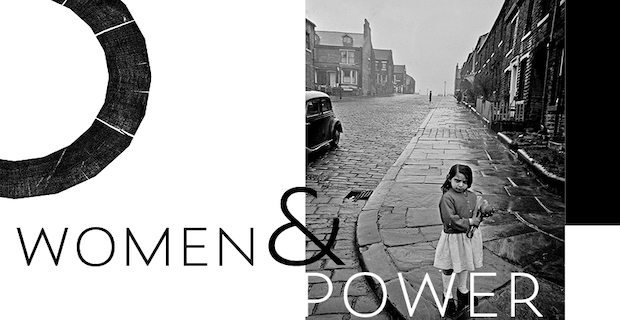 Shakespeare’s Globe is delighted to announce the programme for ‘Women & Power’, a new festival of events opening on Sunday 12 May 2018. With performances, panel discussions, and a scholarly symposium, the festival will celebrate the work and voices of women of all backgrounds and will explore how the work of Shakespeare speaks to the current gender revolution, and how women can use Shakespearean performance to tell their own stories of oppression.

Dr Farah Karim Cooper, Head of Research at Shakespeare’s Globe and curator of the festival, commented:

“We live in a time when it is essential to interrogate the relationship women have to power and leadership in the arts, politics and education. If we ask the question are women in a position to lead? The answer is a resounding yes! If we ask the question, are there enough opportunities for women to lead in these sectors? The answer is, not really. At this festival we intend to ask why, and seek to find ways to obliterate the structures and mindsets that get in the way”.

Opening the festival on Sunday 12 May will be a celebration of Virginia Woolf’s seminal works, A Room of One’s Own and Three Guineas, both of which will be read in candlelight in the Sam Wanamaker Playhouse. A rallying cry to begin the festival, both texts powerfully articulate Woman’s right to intellectual and financial independence.

On Monday 13 May, Professor Clare McManus and Professor Lucy Munro will lead a one-off workshop, Engendering the Stage, in the Sam Wanamaker Playhouse. Part of the Globe’s Research in Action series of workshops, in which actors and academics uncover the practices of the Shakespearean stage, this workshop will explore the history of gendered performance on the Renaissance stage and will illuminate the practice of playing with gender on stages across Europe.

Professor Clare McManus works on English and European Renaissance drama at the University of Roehampton, focusing on gender in the writing and performance of Shakespeare and his contemporaries, and Renaissance women’s performance. She is also an editor of Renaissance plays. Professor Lucy Munro is a scholar and teacher of early modern literature at King’s College London. She is interested in presenting old texts to new audiences, and the dynamic relationship between old and new in literary cultures and their afterlives.

A panel event entitled Women & Power: Directing Theatre in the 21stCentury will follow on Tuesday 14 May, with panellists including Sarah Frankcom, Artistic Director of the Royal Exchange Theatre in Manchester, and Globe Associate Artist Athena Stevens. Sarah and Athena have both directed plays by Shakespeare or his contemporaries, as well as directing or creating new feminist writing. They will discuss how female directors can shape the future of theatre, interrogate the place for feminism in classical theatre, and expand upon the opportunities and challenges a director’s gender presents.

Sarah Frankcom joined the Royal Exchange Theatre as Literary Manager in 2000, and has been its Artistic Director since 2008. With Royal Exchange Theatre credits including Orpheus Descending, Miss Julie, A View from the Bridge, Who’s Afraid of Virginia Woolf and Kes, Sarah’s career has also seen her working with the Lyric Hammersmith, the Crucible Theatre, the National Theatre and the Young Vic. Athena Stevens is an actor, writer, director and spokesperson for the Women’s Equality Party. She is a writer on attachment at the Finborough Theatre and recently wrote a female response to Doctor Faustus for the 'Dark Night of the Soul' festival at Shakespeare’s Globe. She also wrote and starred in Schism at the Park Theatre, and is the Artistic Director of Aegis Productions Ltd in Elephant & Castle.

On Wednesday 15 May, theatre company Clean Break will join not-for-profit Southall Black Sisters as both celebrate 40 years of activism. Clean Break & Southall Black Sisters @ 40: Activism, Women and Power will bring together a selection of speakers from each organisation to discuss how we can either become activists or support activism in the fight for equality and human rights.

Clean Break was set up in 1979 by two women prisoners who believed that theatre could bring hidden stories of imprisoned women to a wider audience. The only women’s theatre company of its kind, Clean Break continues to inspire playwrights and captivate audiences with groundbreaking plays on the theme of women and crime. Founded in the same year, Southall Black Sisters aims to highlight and challenge all forms of gender-related violence against women, empower them to gain more control over their lives, and live without fear of violence. They are at the forefront of challenging domestic and gender-related violence locally and nationally, and have campaigned for the provision of proper and accountable support services to enable women and their children to escape violent relationships and live in dignity.

Bang Rome: Why Pickup Artists Read Ovid and Why It Matters is on Thursday 16 May. Classicist Donna Zuckerberg will take to the Playhouse to discuss her seminal book Not All Dead White Men: Classics and Misogyny in the Digital Age, an exposé of how today's alt-right men's groups are turning disturbingly to ancient sources to promote an ideal vision of masculine life and, in some cases, to justify ignoring women’s boundaries. Donna Zuckerberg received her PhD from Princeton University in 2014 and is the founder and Editor-in-Chief of Eidolon, an award-winning online publication for informal Classics scholarship.

At the end of the week, Women and Leadership: A Symposium will delve into the myriad challenges women in leadership roles face in politics, the arts, culture and academia. The day will consist of three panel discussions: Women, Culture and Art; Women and Politics; and Women, Education and Academia.

Winsome Pinnock, Morgan Lloyd Malcolm, Claire van Kampen and Stella Kanu will appear on the Women, Culture and Art panel. Playwright Winsome Pinnock won the prestigious Alfred Fagon Award in 2018. Most recently, a revival of her 1987 play Leave Taking played at the Bush Theatre to critical and commercial success. Her award-winning plays include The Wind of Change (Half Moon Theatre), Picture Palace (Women's Theatre Group) and A Hero's Welcome (Women's Playhouse Trust at the Royal Court Theatre Upstairs). Morgan Lloyd Malcolm was commissioned by The Globe to write Emilia, which became a sell out production in summer 2018 and is now playing in the West End. It has since been optioned as a film. Morgan’s other critically acclaimed plays include Belongings and The Wasp (Hampstead/Trafalgar Studios). Claire van Kampen is a composer, playwright and a director. She served as Artistic Associate at the Globe from 1996-2006, and has continued to be the Globe Associate for early Modern Music since 2007. Claire’s playwriting debut was Farinelli and the King (Sam Wanamaker Playhouse/Broadway) and her directorial debut was Nice Fish (Guthrie Theatre). Claire directed Othello at the Globe last summer. Stella Kanu is currently Executive Producer at Ovalhouse, overseeing the artistic activities of the company as they build a new theatre and merge with the artistic and local community of Brixton. As a creative writer and performer, Stella created Africa Centre’s first Children’s Literature Festival; A List Performing Arts Festival and Southampton Live Street Arts Festival.

Baroness Kingsmill CBE and Rachel Reeves will appear on the Women and Politics panel, chaired by Dr Will Tosh. Baroness Kingsmill has enjoyed a diverse and varied career spanning fashion, law, business, the arts and politics. She qualified as a solicitor of the Supreme Court, and, after a 20 year legal career, was appointed Deputy Chair of the Competition Commission. In 2000 Baroness Kingsmill was awarded a CBE, and in June 2006 she was appointed to the House of Lords as a Life Peer. RachelReeves is Labour MP for Leeds West and former Shadow Minister for Work and Pensions. Prior to her parliamentary career, she worked as an economist. She is the author of Alice in Westminster: The Political Life of Alice Bacon and Women of Westminster: The MPs who changed politics. Dr Will Tosh is Lecturer and Research Fellow at Shakespeare’s Globe. He led the Indoor Performance Practice Project (2014-16), which examined playing in the candle-lit Sam Wanamaker Playhouse, and coordinates the Globe’s ongoing Research in Action series of public workshops. He is the author of Male Friendship and Testimonies of Love in Shakespeare’s England and Playing Indoors: Staging Early Modern Drama in the Sam Wanamaker Playhouse.

Professor Liz Schafer and Dr Sumi Madhok will appear on the Women, Education and Academia panel, chaired by Dr Gillian Woods. Professor Liz Schafer is Professor of Drama and Theatre Studies at Royal Holloway, University of London. Her publications include MsDirecting Shakespeare: Women Direct Shakespeare, performance histories of The Taming of the Shrew and Twelfth Night and a biography of Lilian Baylis. Dr Sumi Madhokis Associate Professor at the Department of Gender Studies, LSE. She is the author of Rethinking Agency: Developmentalism, Gender and Rights; the co-editor of Gender, Agency and Coercion; and of the Sage Handbook of Feminist Theory. Dr Gillian Woods’ research concentrates on early modern drama in its cultural and historical contexts, with a particular focus on early modern stage practice, post-Reformation religion, visual arts, nostalgia, and the representations of space.

Deep Throat Choir will take to the stage on Saturday 18 May to close the festival. The all-female singing collective will present an intimate one-off concert celebrating the power of women’s voices. Formed by Luisa Gerstein, composer of the West End transfer of the Globe’s hit production Emilia, the choir are renowned for stripping music-making to the simple components of vocals and percussion.

Keywords:
Shakespeares GlobeFarah Karim Cooper
Your comment has been forwarded to the administrator for approval.×
Warning! Will constitute a criminal offense, illegal, threatening, offensive, insulting and swearing, derogatory, defamatory, vulgar, pornographic, indecent, personality rights, damaging or similar nature in the nature of all kinds of financial content, legal, criminal and administrative responsibility for the content of the sender member / members are belong.
Related News