Sadiq Khan, praised the work the of the Black Cultural Archives

The Mayor of London, Sadiq Khan, praised the work the of the Black Cultural Archives 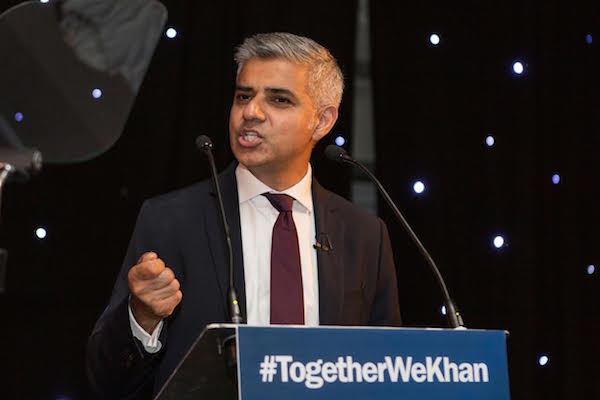 AVRUPA TIMES7LONDON-Mayor praises the work of the Black Cultural Archives as he encourages Londoners to learn more about the city’s diverse communities. The Mayor of London, Sadiq Khan, today praised the work the of the Black Cultural Archives (BCA) in highlighting and celebrating the lives of people of African and Caribbean descent in the capital and across the country, as he visited the heritage centre in Brixton as part of his Black History Month celebrations.During his tour of BCA’s new ‘Rights of Passage: A Century of People Power’ exhibition, the Mayor called on Londoners of all backgrounds to use Black History Month as an opportunity to learn about the stories, experiences and heritage of the city’s diverse communities.

The BCA in Brixton is the first of its kind in the country, and the Mayor met with its staff and volunteers to hear about the work they do to collect, preserve and celebrate the histories of people of African and Caribbean descent in Britain.

Following his tour of the BCA, Sadiq Khan visited Brixton, where he joined music legend Eddy Grant to switch on the new lights at Electric Avenue market. The area has undergone a major refurbishment thanks to more than £1m investment from the Mayor of London's High Street Fund, Lambeth Council, Transport for London and the Heritage Lottery Fund.

Sadiq Khan said: “I’m proud that we have the UK’s first dedicated Black heritage centre here in London. The BCA does incredibly important work with its excellent programme of exhibitions and events to celebrate the histories of our African and Caribbean communities, as well as highlighting all they have done to add to the life of the capital. The stories told here are both fascinating and inspiring.

“London is one of the most diverse places in the world and we do not just tolerate each other’s differences, we embrace them. I encourage all Londoners to use Black History Month as an opportunity to learn more about their neighbours and the heritage of our city’s diverse communities – we can only appreciate each other fully when we share and understand our stories and our history.”

This Black History Month, the Mayor has done more than in any previous year, and has been joining Londoners from all backgrounds at a variety of events across the city to pay tribute to the city’s African and African Caribbean communities. On Saturday, he hosted the huge Africa on the Square celebrations, bringing together thousands of Londoners and visitors to the capital for an incredible line-up inspired by the traditions and cultures of the African continent.

At City Hall, the Mayor has staged a programme of African culture, including a photographic exhibition with English Heritage, a special production of King Lear and a performance from the Black Heroes Foundation. He is also keen to use Black History Month to improve the wellbeing of the capital’s Black communities by raising awareness of important health issues, including the need for more Black and BME Londoners to register as donors.

The Mayor was joined on his tour of the BCA by Matthew Ryder, his Deputy Mayor for Social Integration, Social Mobility and Community Engagement. Sadiq has asked Matthew, a leading QC, to help ensure Londoners from different faiths, ethnicities, backgrounds and social classes are better integrated in a city that is the most diverse in the country, where the population is at record levels and where more than 100 languages are spoken. Matthew’s task will be to ensure Londoners of every gender, ethnicity, faith, culture, age, sexuality and socio-economic background don’t just live side by side, but live truly interconnected lives.