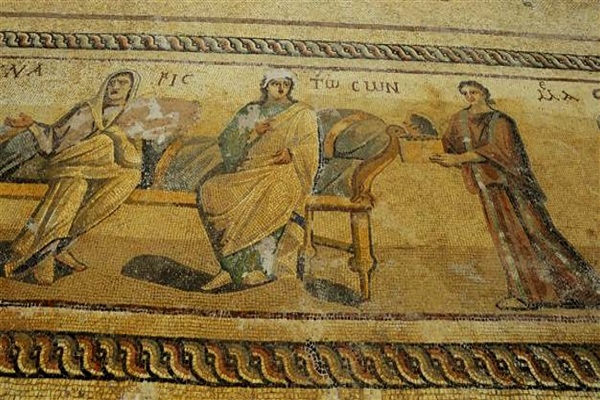 With this new larger museum for Hatay, these mosaics are now able to be viewed after their careful restoration. There is also an archaeologically significant collection of old Hatay coins on display. The ancient settlements of Ucagizli Cave and the mounds of Tell Tayinat and Accana have been reconstructed inside the museum.

New Museums Planned: New museums are also planned for Sanliurfa which will house Turkey's largest mosaic museum, in Usak where a new museum complex will display the famous King Croesus`s treasure and Troy of the fabled wooden horse. All are expected to open late next year.

Turkey's largest mosaic museum is currently being built in the southeastern district of Sanliurfa, prompted by the discovery of the world's most valuable mosaics during building works for a theme park nearby. The mosaics feature hunting and fighting scenes of warrior Amazon women from the Roman era in the fifth and sixth centuries. Experts have classified these mosaics as the most valuable in the world. The large museum complex will include an archaeology museum, an archaeopark and a mosaic museum.

The new museum in Usak will be set in a historical old railway station and house King Croesus`s treasure, 363 valuable Lydian artefacts dating from the 7th century BC, as well as other items dating back to 400BC.

A museum project in the ancient city of Troy is being planned, with the modernist-cubist design for the museum chosen as a result of an architecture competition. The main building will be on the ground level with exhibiting galleries displaying artefacts underground. This long-awaited museum will display the results of excavations at the site of the ancient city of Troy, began over 150 years ago, with experts believing that two or three more centuries of work will be needed to fully discover it. The displays will include the 'Troy gold', early Bronze Age jewellery originating from the site. The gold artefacts are delicate and distinctive with two precise techniques, filigree and granulation, having been used in the production of the jewellery, which would have been worn by aristocratic women living 4400 years ago.