Sixth International Bosphorus Film Festival, featuring 88 movies from 41 countries, will kick off on Oct. 26 in Istanbul 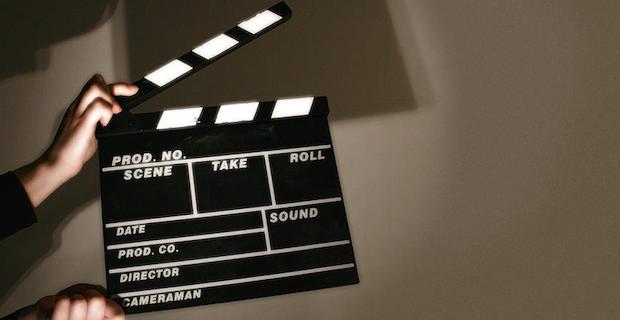 Oscar hopefuls past and present are set to meet Istanbul movie lovers at the Sixth International Bosphorus Film Festival.

Donbass, which won Ukrainian auteur Sergei Loznitsa the Best Director prize at the Cannes Film Festival, and Capernaum -- another Cannes movie, directed by Lebanon’s Nadine Labaki -- are among the films featured at the festival.

Yomeddine -- Egyptian A.B. Shawky’s first feature film, which also competed for the Cannes Golden Palm this year -- and I Do Not Care If We Go Down In History As Barbarians by Radu Jude, one of the leading lights of Romanian cinema, will represent their countries at the festival.

A Czech road movie by Slovenian director Olmo Omerzu, Winter Flies, which won Best Director at the Karlovy Vary International Film Festival, and South African Jahmil X.T. Qubeka’s Sew the Winter to My Skin, the story of a real mid-century outlaw who became a hero in the eyes of South Africans, will compete in the feature films category.

The festival will also screen nominees for the Best Foreign Language Film from the Czech Republic, South Africa, Egypt, Ukraine, Romania, and Lebanon.

The festival, organized with the support of the Turkish Culture and Tourism Ministry and General Directorate of Cinema, will start on Oct. 26 and run through Nov. 3.

Anadolu Agency is the global communication partner of the festival, which aims to bring the latest works from Turkish and world cinema to Istanbul cinephiles.

During the competition, a total of 88 movies by 90 directors from 41 countries will be showcased.

Keywords:
Istanbul Film FestivalBosphorus Film FestivalCannes Film Festival
Your comment has been forwarded to the administrator for approval.×
Warning! Will constitute a criminal offense, illegal, threatening, offensive, insulting and swearing, derogatory, defamatory, vulgar, pornographic, indecent, personality rights, damaging or similar nature in the nature of all kinds of financial content, legal, criminal and administrative responsibility for the content of the sender member / members are belong.
Related News