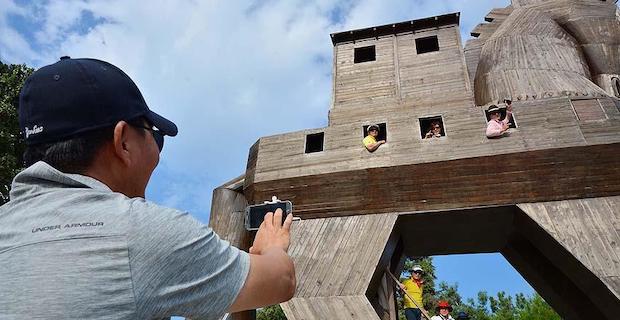 The ancient city of Troy last year attracted over half a million visitors -- the most visitors in a decade -- officials said on Monday.

Over 531,500 people visited the ancient city in northwestern Turkey in 2018, Kemal Dokuz, provincial director of culture and tourism in Canakkale, told reporters.

“This is the highest number of visitors in the last 10 years,” he added. 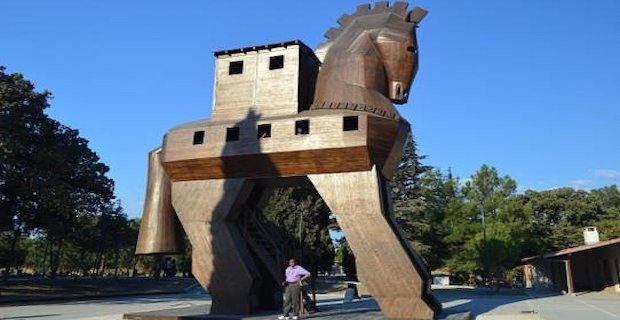 Turkey’s Culture and Tourism Ministry declared 2018 the Year of Troy to celebrate 20 years of Troy's addition to the UNESCO World Heritage List.

Troy, located on the mounds of Hisarlik overlooking the Turkish Aegean coastal plain, is one of the most famous archeological sites in the world, with its 4,000 years of history.

The city was long thought to be purely mythical, until the groundbreaking work of Heinrich Schliemann, who began uncovering the site in the 1870s.

Troy was immortalized by the ancient Greek poet Homer in his epic The Iliad, telling the story of the last year of the decade-long Trojan War.

Keywords:
Turkey Troy
Your comment has been forwarded to the administrator for approval.×
Warning! Will constitute a criminal offense, illegal, threatening, offensive, insulting and swearing, derogatory, defamatory, vulgar, pornographic, indecent, personality rights, damaging or similar nature in the nature of all kinds of financial content, legal, criminal and administrative responsibility for the content of the sender member / members are belong.
Related News