Dual Nationality and the Burden of Responsibility, 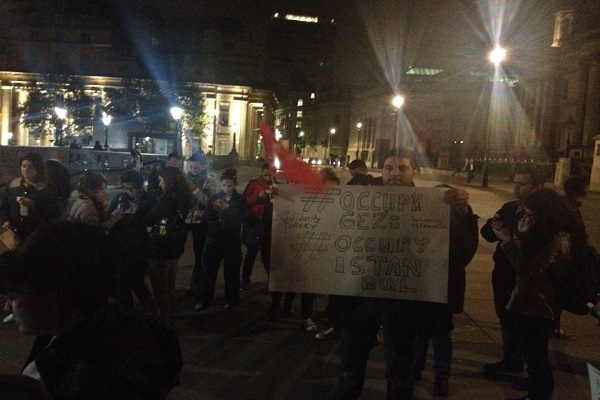 By SemraEren-Nijhar – Sociologist-I have started to question more and more the function of dual nationality, and tried to understand the responsibility that comes withadoptinga dual nationality, whilst witnessing the Gezi Park protests that erupted in Istanbul andhave nowspread acrossTurkey.

For me, it was very interesting to observe, from the very first day of the protest the spontaneous reaction of many of the nearly 5 million Turks living abroad. Within an hour of the protest starting some Turks based in London, immediately createda group page on Facebook, in support of the events unfolding in Turkey. And shortly thereafter,many more social media pages and updates followed. This was observed not only in London, but in many more cities around mainly inEurope, where Turks reside and work for the last 60 years.

This sudden urgeto show their solidarity with and do something political (whether supporting the Government’svision of Turkey or not) for their country of origin. This is a remarkable and positive sign for Turkey’spolicy on the Turkish diasporaworldwide. Many Turks rapidly organised themselves across Europeand wantedto do something in support of their fellow citizens in Turkey.

The diaspora discoveredtheir voicethrough organising their own protests across European cities and above all on the key question of identity, the protesters outside Turkey, proved,by taking part in protests across the worldwide cities, that they still see themselves as belonging to Turkey. From a sociological perspective, this is a very important phenomenonasover the many past decades of ‘Turkish Migration toEurope’;we have not witnessed such a public show of defiance and a reaction like the one we are witnessing for the last fortnight. However, it is important to mention that, what has been observed, those taking part in protests, in the major Capitals of Europe in the past 15days are not only the first generation of migrants from Turkey, but significantly, also those are the second and third generation (majority of whowere born or brought up in Europe), in support of Gezi Park. This fact is now more important whichthe Presidency for the Turks Living Abroad must take into account by reviewing its policies, for all its citizens living abroad. Especially on the question of ‘Belonging’ more research is required and if necessary given what has transpired and continues in Turkey and abroad.

The responsibility that comes from being a citizen of two countries and holding dual nationality is not always going to be easy. If any similar environmental protest or related event takes place on the lines ofGezi Park,in a Europeancity, it shouldalso have the same impact on those people who went on the streets in solidarity with Gezi Park protestors. That means they have the same responsibility towards the country they migrated to(or were born to migrant parents) and towards the society they live in. Otherwise, the challengeand fruits of full integration into the wider society will not be fully realised. To be clear, I am not discussing here the integration policies but only trying to link the complexity of dual citizenship and its role with major eventsoccurring in Turkey.

Role models are required in all sections of society, and indeed it is important to have some people who can come forward and demonstrate that the responsibility of dual citizenship doesn’t need to be to complex and can be handled with ease.

In the UK,the politicians of Turkish origin or backgrounddemocratically elected to public office and living in Europe, can play a vitalleadership role. Whether supporting a political cause or not, they should be the role modelsand a voice for those who elect them. Only by listening to the electorate,they can rise to the challenge in helping to demonstrate that their electorate voices have been heard and acted upon. That builds confidence between the political leaders and their constituents, which lays the foundations for a healthy civil society.

Unfortunately in case of a major centre like London, I have not seen much in the form of political leadership (unless I missed something?). The elected politicians and majority of them seek the votes of Turkish Speaking Communities have so far not shown any public interest or made any comment on the events surrounding Gezi Park. The political statements from politicians are not entirely important, it is symbolic to show some form of reaction or show some respect for the feelings of their electorate. Many people within the Turkish Speaking Communities now question, whythe Turkish politicians or politicians with ethnic background have put themselves up for public office. They think the politicians they have voted for, have let them down and have disrespected their votes. Again, it is important to mention here, that politicians are elected to represent everyone in their constituency, and that should be the case. But if some of them come forward and make a show in the Turkish media and in the Turkish Community during election time, then they have to take the responsibility to ensure that their electorate voices are heard, too.

Whether politicians or individuals with dual citizenship, the benefits are clearly more than just carrying another passport. Not to forget; the responsibility of being a dual citizen comes with its benefits as well as its responsibilities. 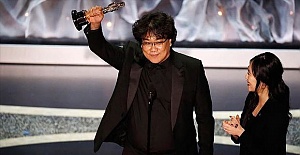 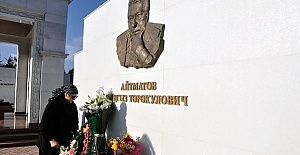 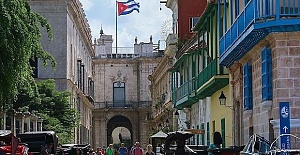 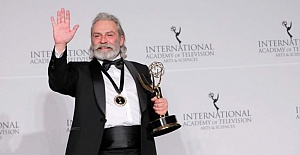