St. James's Church in Piccadilly will host an evening of classical music in support of the Street Child World Cup, 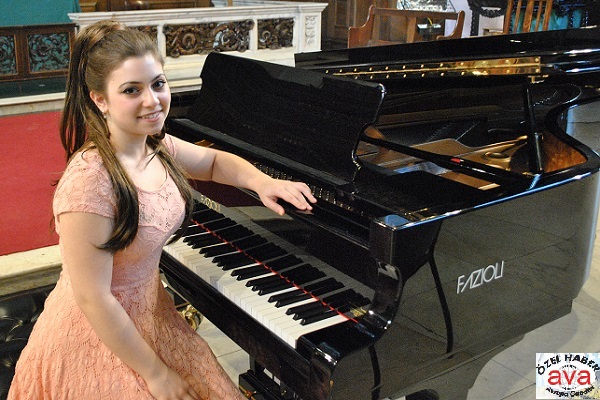 The ten-day event in Rio de Janeiro will bring together street children from 17 countries to unite on and off the field for the rights of street children. Teams include Brazil, UK, USA, India, Pakistan, Sierre Leone, Argentina and Indonesia.

David Beckham has given the charity his full support:

“I look forward to Rio 2014 when street children from around the world will play football and represent the millions of children who still live or work on our streets.”

At St James' Piccadilly over 500 guests will enjoy the music and hear the very latest from the Street Child World Cup’s Road to Rio. It is a rare occasion that the two most recent BBC Young Musicians of the Year will play in the same concert, and the evening promises to be a unique experience for classical music fans.  Highlights will include Lara Melda’s performance of Chopin’s Noturne in G major, Op. 37 No. 2, and Martin Bartlett and Harry Gilfillan’s duet of Rachmaninov’s Sonata for cello and piano in G minor, Op. 19.

“Millions of children across the world are forced to live on the streets. We believe that no child should have to live on the streets and that street children deserve the rights that all children are entitled to. We are delighted and grateful that Lara, Laura and Martin are generously offering their exceptional talents to support this cause.”

“I believe that no child should have to live on the street and that is why I am delighted to use my music to highlight this fantastic cause. The Street Child World Cup is more than a game, it gives street children an international platform to demand their rights."

The Street Child World Cup in Brazil in 2014 aims to challenge the negative perception and treatment of street children around the world highlighting the potential that every street child has when afforded the right protection and opportunities that they deserve.

Across the world millions of children live and work on the streets. Street Child World Cup is a global campaign for street children to receive the protection and opportunities that all children deserve. Through football, art and the only international street child conference our aim is to challenge the negative perceptions and treatment of street children.

In 2014 the beautiful game returns to its spiritual home: Brazil. Brazil will host teams of street children from up to 20 countries, drawing from a network of outstanding projects all campaigning for the rights of street children. This will ensure that street children’s voices are heard and that they will have the chance to play in the festival of football. The Road to Brazil begins now and we are running a number of international football and arts-based events to build momentum towards Brazil 2014.

At the age of sixteen Lara Melda won the BBC Young Musician 2010 competition, performing Saint-Saëns Piano Concerto No.2 in the final round, with VasilyPetrenko and the BBC National Orchestra of Wales in Cardiff. The competition had an international following via television and radio broadcasts on the BBC.  Since then she has also performed Mozart Concerto K466 with the BBC National Orchestra of Wales and this season she has returned to Cardiff to play Brahms Symphony No. 4, Beethoven Piano Concerto No. 3, and DvořákOtherllo, Concert Overturewhich will be broadcast on BBC Radio 3 and BBC Radio Wales on the 7th of July.

Lara Melda performs regularly in Turkey and made her debut at the International Music Festival in Istanbul in June 2011, playing the Grieg Concerto with the Borusan Philharmonic. She has also been presented by the 'Istanbul Recitals' piano series and performed at the Antalya Piano Festival and Bogazici University.  In 2012 she received the prestigious 'Promising Young Artist' award from Kadir Has University.

Martin James Bartlett began learning the piano at the age of 6. From the age of 8, Martin has been studying at the Royal College of Music Junior Department with Emily Jeffrey, with whom he has also been learning at the Purcell School since becoming a student there in 2010.  Martin has also been studying the recorder and the bassoon and, indeed, by the time Martin was 12, he had achieved Grade 8 Distinction on all three instruments. Notably, In March last year Martin was one of only five pianists chosen nationally to perform in the Keyboard Final of BBC Young Musician of the Year 2012.

Harry Gilfillan  (16 years) started playing piano and cello aged 7 and was first taught by Robyn Austen in Somerset. A year later he gained a place at the Yehudi Menuhin school aged 8 years old.  He subsequently left the school to study for four years with Prof Alexander Boyarsky at the Royal College of Music on a full scholarship. In 2011 he was selected to play in the Kronberg Cello Festival in a concert masterclass with Alban Gerhardt. He has also won the Suggia Gift development prize, Martin Music Fund awards for 3 years in a row as well as the Jellinek Award.  Harry has played Dvorak, Haydn D and C and Tchaikovsy's Rococo Variations as a soloist with symphony orchestras in South Africa, UK, Indonesia and Germany. He's also a keen sportsman specialising in tennis; he's trained at the National Tennis Acadmey in Roehampton and was previously sponsered by the LTA.

Tatiana Gilfillan (14 years) started learning the violin aged 6 with Clive Hughes in Somerset.  When she was 7 she won first prize in the Mid Somserset Music Festival. She gained a place at the Yehudi Menuhin School the same year and studied there for five years with LutsiaIbragimova.  Tatiana left the school aged 12 to study with MaciejRakowski and currently attends the Royal College of Music (JD). Tatiana has been awarded funding and sponsorship for both her lessons and instrument and will start her GCSE course at the Purcell school on a full scholarship this September whilst continuing her studies with MaciejRakowski.

St James's Church was designed by Sir Christopher Wren and opened in 1684. It is a popular music venue, particularly for classical musicians. The music programme at the church is impressive with free lunchtime recitals every Monday, Wednesday and Friday as well as an array of paid evening concerts; in June this included an evening with Helen Jane Long, a Classic FM and BBC Radio 2 musician. The London Festival Orchestra are residents.