Wall Street rises on hopes for a budget deal 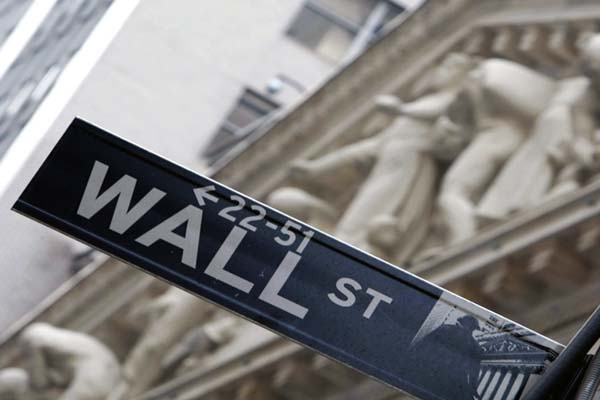 President Barack Obama was scheduled to meet with several congressional leaders, and while the White House said the meeting had been delayed, signs of negotiations were taken as a positive by the market. Senate Majority Leader Harry Reid and Senate Republican leader Mitch McConnell, who began talks on Saturday, appeared together on the Senate floor and expressed optimism a deal could be made final within days. Stocks had dipped after weekend talks failed to reach a solution that would reopen the federal government and raise the $16.7 trillion federal borrowing limit by October 17. Failure to raise the debt ceiling could leave the world's biggest economy unable to pay its bills in the coming weeks. "Bringing everyone together was enough to get us to come back after opening quite a bit lower, but we're still very much under the assumption that we're at an impasse," said Ralph Bassett, deputy head of North American equities at Aberdeen Asset Management in Philadelphia.

"We expect there will be an agreement in the next day or so, but there's a lot of fear."

In addition to the debt ceiling, the government shutdown, entering its third week, was seen as a drag on the economy by shaving a small percentage off the GDP with each passing day.

In a sign of the market's caution, the CBOE Volatility index .VIX, which typically trades inversely to the S&P 500, rose 1.8 percent. Trading volume was low, although that was partially related to the Columbus Day holiday, with banks and the U.S. bond market closed.

About 4.77 billion shares changed hands on the New York Stock Exchange, the Nasdaq and NYSE MKT, below the daily average so far this year of more than 6 billion shares.

The day's gains were broad, with eight of the S&P's 10 sectors higher. The two decliners were sectors considered defensive: telecom and utilities. About 55 percent of stocks traded on the New York Stock Exchange closed higher while 59 percent of Nasdaq-listed shares closed up.

Investors are also looking ahead to corporate earnings this week, with results from Citigroup Inc (C.N), Coca-Cola Co (KO.N), Johnson & Johnson (JNJ.N), and Intel Corp (INTC.O) on tap. Market participants are looking to see what kind of impact the issues in Washington have had on results and forecasts.

With 6 percent of S&P 500 companies having reported, 55 percent have topped profit expectations, below the historical average.