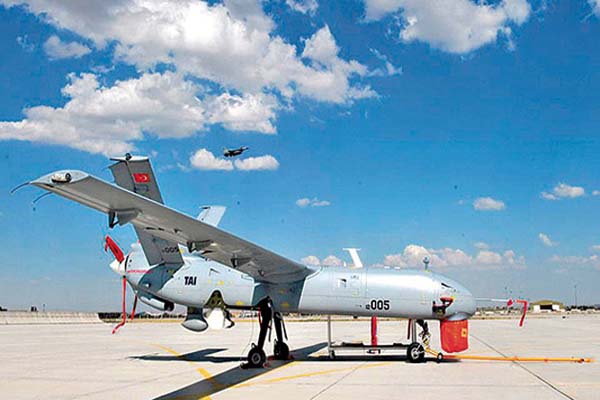 The Turkish firm Vestel has had its application to buy a laser designator for its new local drones from the US firm West-Cam denied after the US administration refused permission. West-Cam asked the US adminstration for permisson but this was denied without any excuse. The decision was interpreted as a sanction.

Turkey, a member of NATO, said in September that it had chosen an air and missile defence system built by China Precision Machinery Import and Export Corp (CPMIEC) over rival offers from Franco-Italian Eurosam SAMP/T and U.S. firm Raytheon Co.

U.S. and NATO officials are unhappy with Turkey's choice of CPMIEC, which is under US sanctions for selling items to Iran, Syria and North Korea that are banned under US laws to curb the proliferation of weapons of mass destruction.

The Turkish army will receive six "Karayel" planes from the first batch of these aircraft within one year.

Vestel intends to manufacture about 50-60 "Karayel" aircraft. These UAVs will be able to carry about 70 kilograms of payload. The aircraft's endurance is about 20 hours and has an operational altitude of 22,500 feet.