British holidaymakers who wish to avoid 14 days' quarantine face a race to get back to the UK before new coronavirus travel rules kick in. 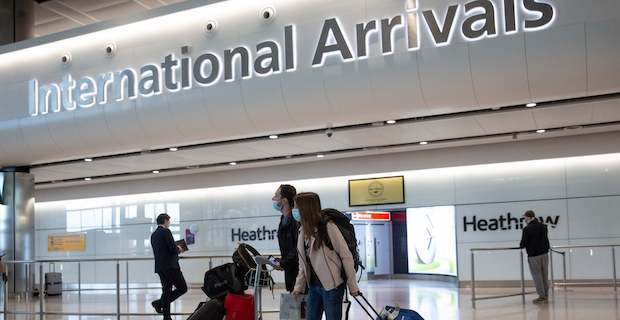 Transport Secretary Grant Shapps said on Thursday that those arriving in the UK from Croatia, Austria and Trinidad and Tobago will need to self-isolate. There are currently 17,000 British tourists in Croatia, according to the country's national tourist board. The changes apply to anyone arriving after 04:00 BST on Saturday. But UK tourists returning from Portugal will no longer need to self-isolate after the country was added to the UK's list of travel corridors. The Portuguese government welcomed the changes and said the move "allowed for an understanding that the situation in the country has always been under control". Meanwhile, the Scottish government has added Switzerland to its list of countries requiring quarantine.

Speaking about the latest additions to the quarantine list, Mr Shapps said he understood the "inconvenience" involved, but said it was "just a fact of this summer".  The transport secretary also said testing for coronavirus at airports to help reduce quarantine time was "under active review". But he told Radio 4's Today programme: "I don't want to offer false hope by saying 'it's just as simple as a test at the airport'... because it won't tell you what you need to know." Airport tests on arrival would only pick up "a very small proportion" of people who had the virus without symptoms, he said, and a follow-up test would be needed around a week later. In the meantime, people would still have to quarantine. There were also issues around ensuring the second test was actually taken by the quarantining person, Mr Shapps said.

Keywords:
QuarantineUK Tourists
Your comment has been forwarded to the administrator for approval.×
Warning! Will constitute a criminal offense, illegal, threatening, offensive, insulting and swearing, derogatory, defamatory, vulgar, pornographic, indecent, personality rights, damaging or similar nature in the nature of all kinds of financial content, legal, criminal and administrative responsibility for the content of the sender member / members are belong.
Related News