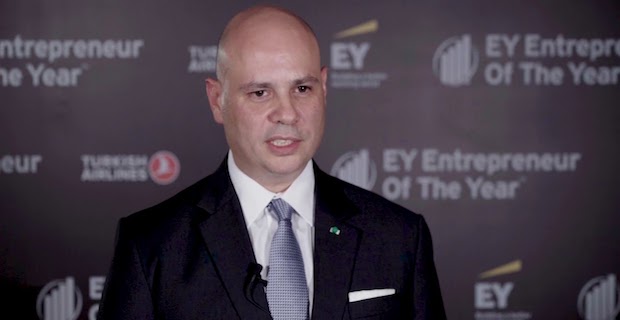 A Turkish construction company will start building Sudan's biggest airport early next year, according to the firm's chairman.

"We will lay the foundation for the Khartoum International Airport in the first quarter of 2019 and complete it in less than 36 months," Selim Bora, the chairman of construction firm Summa.

Bora stated that the three-phase project is worth $1.15 billion.

"First we will built a terminal with a 6 million-person [annual] capacity along with all infrastructure services, runways, and airport aprons," he said.

The project, developed on the build-operate-transfer model, is currently in the design phase, he said.

Saying that Sudan has the largest surface area in Africa, Bora added the airport will also serve other countries in the region.

"Currently airports in Cairo and Addis Ababa are the most important and effective ones on the continent," he noted.

Investing in Africa since 2007

Bora said he hoped the air passenger traffic in those airports will shift to Khartoum International Airport, which enjoys geographical advantages.

He said Summa entered the African market in 2007 by doing several projects in Libya and then in Equatorial Guinea.

The company has continued African projects in such countries as Senegal, Rwanda, Congo, Niger, Sudan, and Benin, he added.

"Niger will host next year's African Union Summit next July, so the country needs infrastructure services and investments," Bora said.

He said the renovation of an airport and construction of a five-star hotel in Niger will be completed in July 2019.

This March Summa signed the deal with Sudan’s Finance Ministry to build the new Khartoum airport.

Keywords:
Khartoum AirportSudan Biggest AirportSelim Bora
Your comment has been forwarded to the administrator for approval.×
Warning! Will constitute a criminal offense, illegal, threatening, offensive, insulting and swearing, derogatory, defamatory, vulgar, pornographic, indecent, personality rights, damaging or similar nature in the nature of all kinds of financial content, legal, criminal and administrative responsibility for the content of the sender member / members are belong.
Related News