Except capital Tehran, carrier cancels its all Iran and China flights 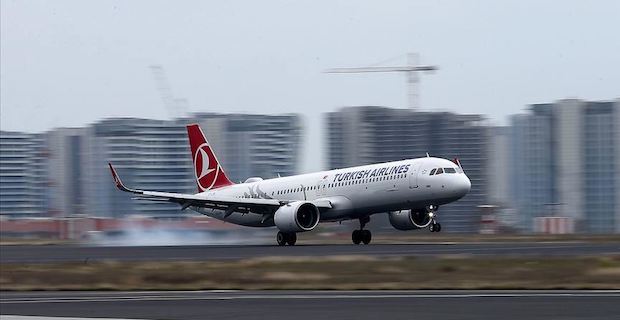 Turkey's flag carrier Turkish Airlines announced that it suspended its China and Iran flights -- except the capital Tehran -- due to the coronavirus outbreak. The carrier also said in a press release on Tuesday that, based on the decree of Turkey's official authorities, foreign people who were in China or Iran's northern city of Qom in the last 14 days will not be granted entry to Turkey.

Turkish Airlines said: "We urge you to take the precautions in effect to account when planning your travels."

These decisions were taken by the carrier for preventing spread and limit the effects of the virus.

The virus, which was first detected in December in the Chinese city of Wuhan, the capital of central Hubei province, has caused over 2,600 deaths so far, with more than 77,000 confirmed cases in China.

Following the global spread of the virus, the WHO declared the outbreak an international health emergency.

Keywords:
Turkish AirlinesChinaIran
Your comment has been forwarded to the administrator for approval.×
Warning! Will constitute a criminal offense, illegal, threatening, offensive, insulting and swearing, derogatory, defamatory, vulgar, pornographic, indecent, personality rights, damaging or similar nature in the nature of all kinds of financial content, legal, criminal and administrative responsibility for the content of the sender member / members are belong.
Related News