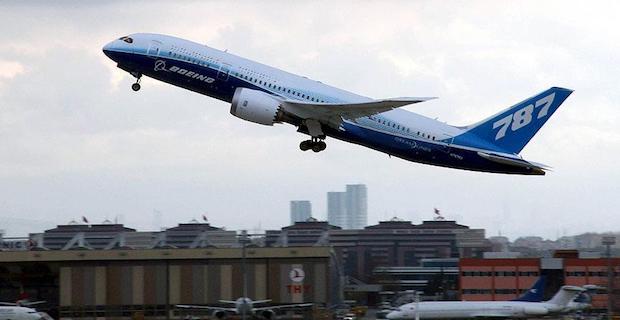 “Turkish Airlines’ order affirms the confidence that operators have in the reliability and performance of the GEnx engine, which is the most popular engine powering the B787 Dreamliner,” said Chaker Chahrour, VP global sales and marketing at GE Aviation.

More than 2,000 GEnx engines have been sold in less than 15 years, stressed the statement, touting their reliability, low fuel burn, and long range.

Turkish Airlines, founded in 1933 with a fleet of five aircraft, currently has nearly 330 aircraft, including passenger and cargo planes, and flies to more than 300 destinations worldwide. Last year it carried 68.6 million passengers.

GE Aviation is a producer of jet and turboprop engines, components, integrated digital, avionics, electrical power and mechanical systems for commercial, military, business and general aviation aircraft. It has over 2,500 employees in Turkey, where it has been investing for more than 70 years.

Keywords:
Turkish Airlines And GE AviationTurkish AirlinesGE Aviation
Your comment has been forwarded to the administrator for approval.×
Warning! Will constitute a criminal offense, illegal, threatening, offensive, insulting and swearing, derogatory, defamatory, vulgar, pornographic, indecent, personality rights, damaging or similar nature in the nature of all kinds of financial content, legal, criminal and administrative responsibility for the content of the sender member / members are belong.
Related News