Turkey to invest $23 million for TurkStream in 2019 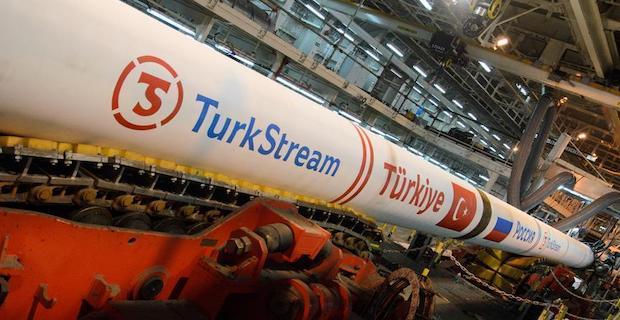 Turkey plans to invest 122 million Turkish Liras in 2019, equivalent to around $23 million, for the land section on Turkish soil of the TurkStream natural gas pipeline, according to the government's 2019 investment plan released on Monday.

According to the official announcement, the Turkish government will spend a total of 217.91 million liras for the project on Turkish soil.

In 2018, the country invested around 95.91 million liras for the project, and this year aims to invest another 122 million liras.

The TurkStream's first line, which will carry Russian gas to Turkey for the country's use, is set to be 100 percent completed with the construction of the 69-kilometers-long land section. The pipeline plans to be up and running by late 2019.

The second line, which will carry another 15.75 billion cubic meters of gas to Europe, is expected to route from Turkey through Bulgaria, then Serbia, Hungary and Slovakia.

Keywords:
TurkStream
Your comment has been forwarded to the administrator for approval.×
Warning! Will constitute a criminal offense, illegal, threatening, offensive, insulting and swearing, derogatory, defamatory, vulgar, pornographic, indecent, personality rights, damaging or similar nature in the nature of all kinds of financial content, legal, criminal and administrative responsibility for the content of the sender member / members are belong.
Related News