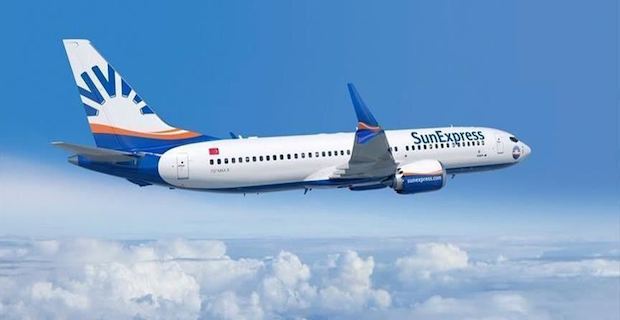 Turkish-German carrier SunExpress has been named the world’s fifth-Best Leisure Airline for the second time in a row, the airline announced on Wednesday. SunExpress was also ranked the Best Leisure Airline in Turkey in the prestigious 2019 Skytrax Awards. The awards are based on surveys done on more than 20 million passengers from over 100 countries, it said. London-based Skytrax has been doing the surveys since 1999. Founded as a joint venture of Turkish Airlines and Germany's Lufthansa in 1989, SunExpress flies to more than 90 destinations in over 30 countries.

Keywords:
SunExpressBest Leisure Airline
Your comment has been forwarded to the administrator for approval.×
Warning! Will constitute a criminal offense, illegal, threatening, offensive, insulting and swearing, derogatory, defamatory, vulgar, pornographic, indecent, personality rights, damaging or similar nature in the nature of all kinds of financial content, legal, criminal and administrative responsibility for the content of the sender member / members are belong.
Related News