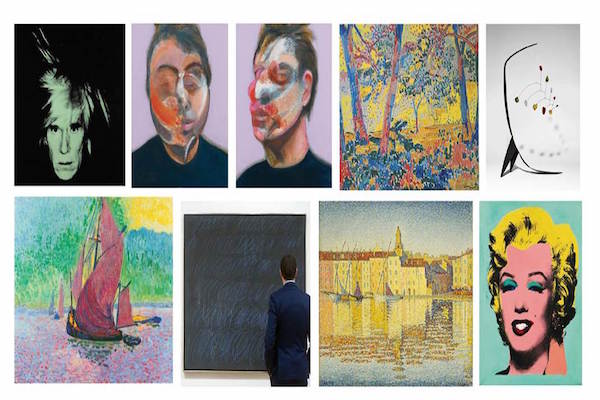 Including a startlingly vibrant view of the Thames in 1906 by the French master, André Derain

Francis Bacon’s finest self-portrait, set for sale for the first time having remained with owners since its creation

“Éternel Printemps”, one of Auguste Rodin's most celebrated sculptures of embracing lovers, appearing at auction for the first time

Paul Signac’s view of Saint-Tropez in 1892, the first work from his “Opus” series to come to auction in a decade